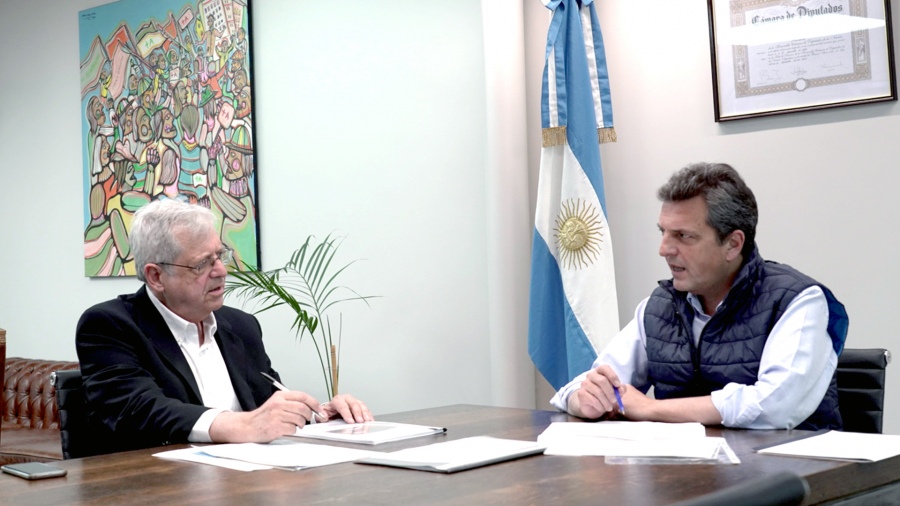 The Minister of Economy, Sergio Massa, confirmed this Sunday the economist Gabriel Rubinstein as the new Secretary of Economic Programming, who virtually officiates as “vice minister” of Economy.

As stated in a message on his Twitter account, Massa said that he had already started working with Rubinstein at the Ministry of Economy “a few days ago”, but that he had to wait to make his appointment official until “he resolved a family issue and dissolve their contractual responsibilities incompatible with the public function”.

“With these procedures and procedures completed, Gabriel Rubinstein will formally join the team of the Ministry of Economy as of tomorrow as the new secretary of Economic Programming,” the minister said. For his part, the new deputy minister used the same network to “thank Sergio Massa for the trust placed in me.”

A few days ago we began work in the ministry of @Economia_Ar.
To confirm the secretary of Economic Programming, we had to wait for the person we elected to resolve a family issue and dissolve his contractual responsibilities incompatible with the public function. pic.twitter.com/4EBHpVkP4r

An economist with a long career graduated from the UBA, Rubinstein was director of his own consulting firm -Gabriel Rubistein y Asociados (GRA)- for almost two decades, one of those that make up the Survey of Market Expectations (REM) prepared by the Central Bank.

He was also a public official between 2002 and 2005, when he was director of the Central during the administration of Roberto Lavagna as minister, time in which he participated in the negotiating group for the agreements with the IMF and the restructuring of the public debt.

In addition, he was executive director of the risk rating agency DCR-Fitch Rating Agency and of the Buenos Aires Stock Exchange, in addition to having been General Coordinator of the Broda Study.

I want to thank Sergio Massa for the trust placed in me. With professionalism and passion, I will offer the best, in the face of the challenges that we have to face. pic.twitter.com/u83x0uuZSc