Meeting of governors of Together for Change in Corrientes • Channel C 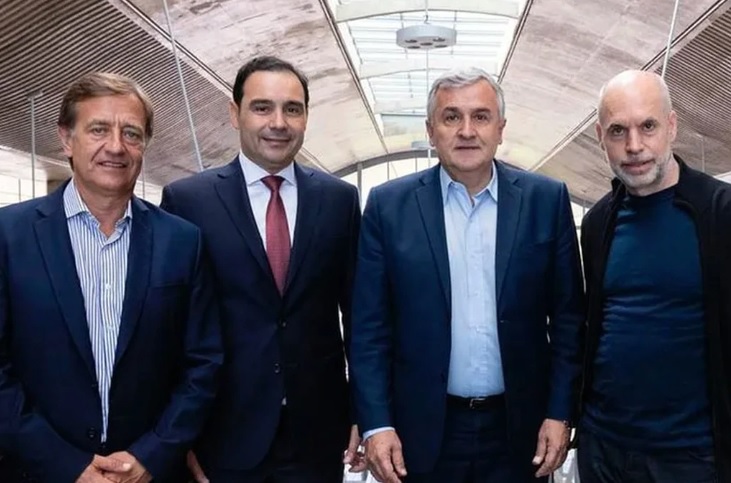 This Friday, May 13, a meeting will be held between the radical governors of Together for Change in the province of Corrientes. It will be between the host from Corrientes, Gustavo Valdés, who will receive the governors of Jujuy, Gerardo Morales, of Mendoza, Rodolfo Suárez, and the head of the Buenos Aires Government, Horacio Rodríguez Larreta. They will seek to coordinate and agree on agendas on the way to the 2023 presidential elections.

As was officially explained, the leaders will seek to advance in a coordination of work that emerges from the party foundations: Fundación Pensar of the PRO, Fundación Alem of the Radical Civic Union (UCR) and the Hannah Arendt Foundation of the Civic Coalition.

The objective is that these three spaces of thought, which already have technical teams preparing plans divided by themes (economy, education, justice and reform of the State), can share their conclusions and offer them to whoever is finally the candidate for the opposition to next year’s presidential elections, the Télam Agency indicated.

It should be noted that next year’s candidates are already being considered. Rodríguez Larreta and Morales have already expressed their intentions to face presidential candidacies, for the PRO and the UCR, respectively.