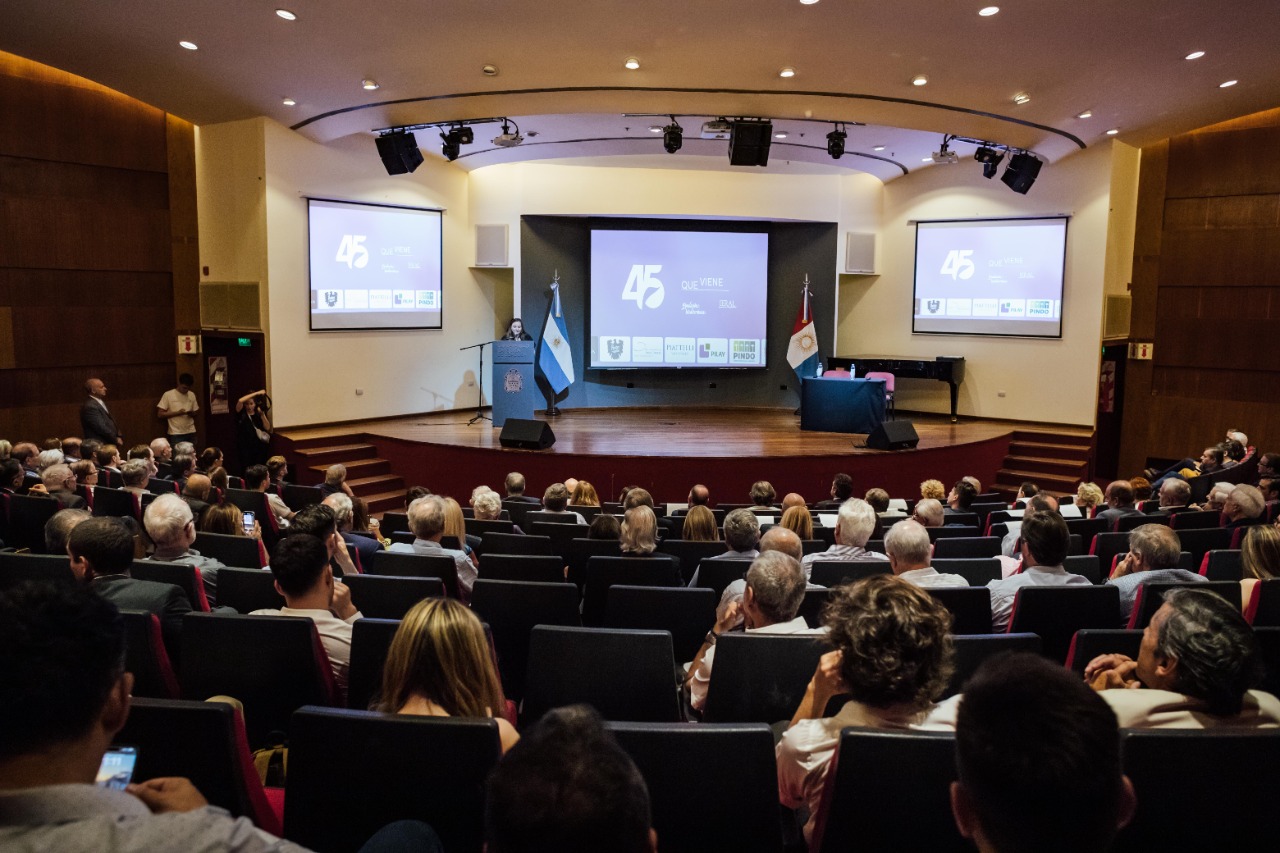 Yesterday, the President of the Institute for Studies on Argentine and Latin American Reality (IERAL) Carlos Melconian, appeared at the Catholic University of Córdoba before businessmen, members of the Mediterranean Foundation and university students, to carry out a “synthesis” of his management at the head of the think tank, which aims to offer the next government an economic program for organizational change.

“Now we are working so that Argentina once again becomes ‘federal and productive’ through the comprehensive program that Melconian and his team are working on.”

Yesterday in Córdoba we presented a balance of our first year in the #IERAL of the @FMediterranea. We did it together with businessmen from different sectors, Foundation partners and young university students. pic.twitter.com/gR8iXcWNaw

Then it was precisely the turn of Cavallo, Honorary President of the Mediterranean Foundation, who spoke about the recommendations that he would give to the future administration to change the economic course of the country: “it is key to prepare a very good reform of the State to advance in the reduction of spending and cleaning up distortionary taxes on the economy”.

On the other hand, he asked to work on a scheme similar to the one he carried out in the ’90s, adapted to the new reality in Argentina: “of course, adapted to the new times. It will not be easy, the reforms will be more difficult than in those years due to the distortion of the economic mind of the leadership and of those who were subjected to narratives that claim failed models”.

At the end of Dr. Cavallo’s presentation, the deans of Political Science and International Relations, Dr. Mónica Cingolani and of Economic Sciences and Administration, Ma. Marcelo Jaluf of the Catholic University of Córdoba, Institution where the meeting took place,
They expressed the questions asked by the public present.

Minutes before the meeting had begun the President of the Mediterranean, Maria Pía Astori, who stressed that the Foundation was the promoter of the program that inserted Argentina in the world and managed to reduce hyperinflation, by the hand of the former Minister of Economy Domingo Cavallo. “Now we are working so that Argentina once again becomes ‘federal and productive’ through the comprehensive program that Melconian and his team are working on”

For his part, Melconian began his speech by assuring: “The objective of ‘development and progress forever’ should be as important and powerful as that of ‘democracy forever’, an issue that no one discusses in Argentina anymore.”

During his presentation, he stressed the three pillars on which his work is based: “contents, equipment and agreements”: “This comprehensive program is being designed by more than 60 top-level professionals who are working in each of the specific areas, of specialty”.

Melconian highlighted the three characteristics of the people who accompany him: “professional capacity, experience and honesty”. Likewise, he took advantage of the meeting to make a report of his journey to present the guidelines of the Mediterranean program to different political interlocutors, the republican powers, businessmen, the church, universities and embassies, among others.

As for politics, he highlighted the relationship with the presidential pre-candidates for next year’s election: “Maintaining the non-partisan character of the Foundation and away from the inmates of the spaces, we achieved a close and professional link, back and forth, consultation, opinion, progress, ideas to govern, agree and implement.”

The President of IERAL ended with a special chapter dedicated to the importance of agreements for the implementation of a future comprehensive program: “Agreements on a program are very necessary to transmit the signal to the international community, and investors, that there is conviction , and that ‘this time it is different’”. And he stressed: “Argentina needs its own Moncloa Pact. It needs more political content. Content plus agreements”.