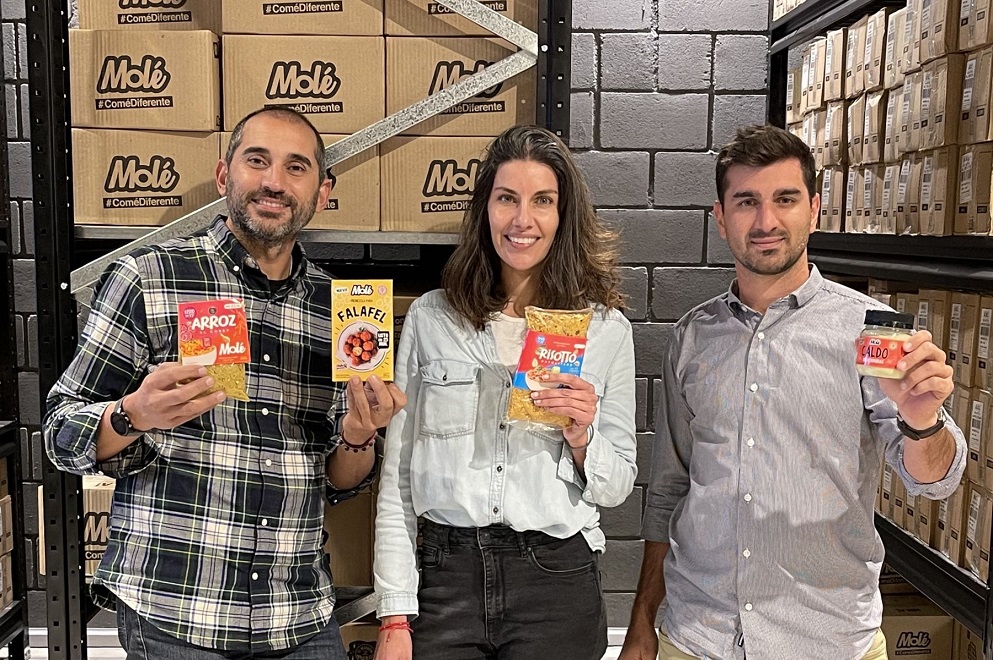 Mass is a Cordovan SME located in La Calera that for three years has been dedicated to producing plant-based foods that have optimal nutritional value and low environmental impact. They make risottos, stews, soups, broths, and premixes to make torrejas, croquettes, falafel, and nuggets, among others. For their recipes they combine legumes, cereals, seeds, dehydrated vegetables and condiments, without added salt, preservatives or additives, achieving healthy foods that provide protein and dietary fiber.

Currently, they have 15 permanent employees in the plant, and with occasional additional ones for times of greater demand such as winter. This year they expect to be able to complete the transition to “SIN TACC” and are preparing to launch a brand of animal protein replacements that will include eggs, cheeses and meats made from plants.

Regarding its first export, Ignacio Cibils, one of the company’s partners, explains: “To Japan we send 12,000 units of risottos, cous cous and soups from our family of dehydrated foods, as well as natural broths and chickpea flour premix to make falafel. We did not look for the client specifically, but it appeared as an important opportunity. It was also a product of the fact that we have been strongly supporting each other in ProCórdoba to work in foreign trade for a year”.

In addition Cibils points out: “For this year we have confirmed exports to Chile. These days we plan a visit to Paraguay where we will meet with potential clients. We have an already confirmed importer with whom we are finalizing details of labels and legal issues to send the merchandise and register our products in that country. In addition, we will once again apply to FExIC to generate the website in two languages ​​for our new brand of vegetable protein substitutes.”