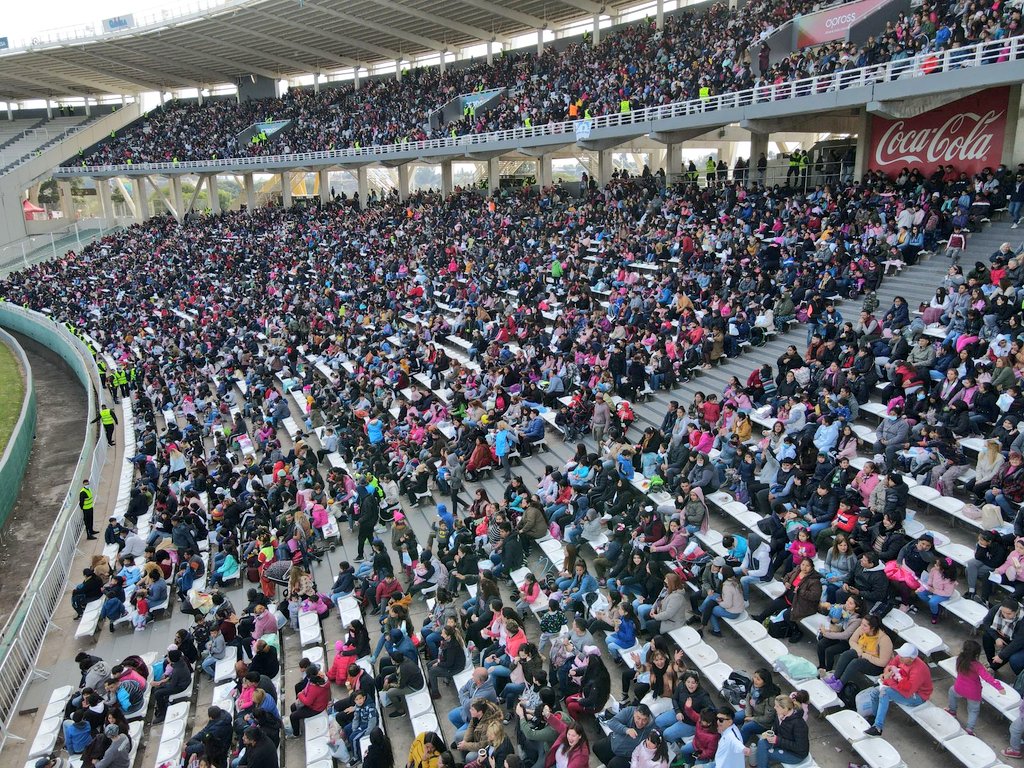 The boys and girls of the city celebrated their day in the Mario Alberto Kempes state, where more than 35 thousand people gathered to see performances by Luciano Pereyra, Axel, La Konga, Solcito Fijo, Cacho Ramos, among other artists.

For his part, the mayor of Córdoba, Martín Llaryora, thanked the joint work between the public and private sectors for making Children’s Day a reality: “When we work together, when we empower ourselves, when we throw everything in the same direction, we can beautiful events like this, giving many children the opportunity to live a day with great joy”.

A massive celebration! Our neighbors and neighbors had their #ChildrensDay that brought together more than 35 thousand Cordovans. We enjoyed a great show of music, gifts and lots of entertainment. The free bus ticket made it easier for families to get around. 🤩 pic.twitter.com/eeKhpZm3Pu

In this way, the children enjoyed their day receiving a gift and a snack to enjoy during the day. Part of the presents were made with recycled material by the entity Córdoba Obras y Servicios (COyS) of the Municipality of Córdoba.

The party could be followed from all over the country by streaming through Facebook and YouTube of the Government of the Province. Through this platform, the raffle for bikes and stays in the mountains of Córdoba was carried out, prizes that will be delivered at home by personnel from the Ministry of Social Development.

The magnificent convocation was made possible by the provision of free public transport service and the organization of a special operation to reinforce groups for those who go to the stadium from different sectors of the city, such as: Ciudad de Mi Esperanza, Villa El Libertador, Argüello Lourdes, San Jorge, Villa La Tela and José Ignacio Díaz.