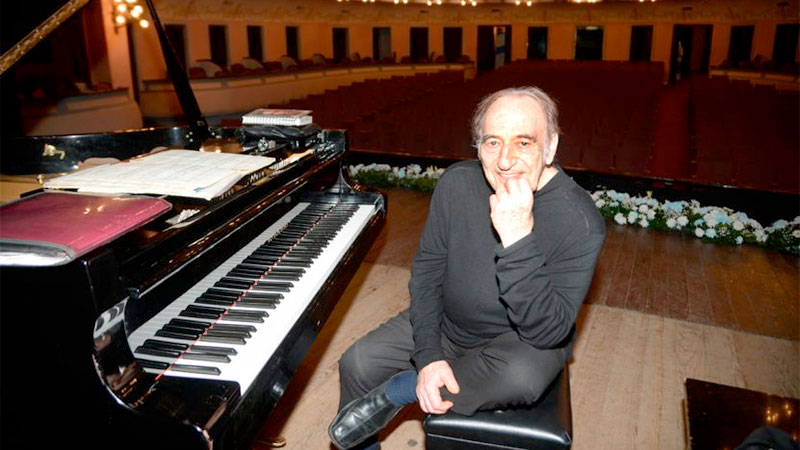 Miguel Ángel Estrella, prominent pianist and former Argentine ambassador to UNESCO, died this Thursday at the age of 81 in France, where he spent the last years of his life developing inclusion tasks through music.

The musician currently directed the Casa Argentina in Paris, a residence dependent on the Ministry of Education located in the Parisian University City that receives and provides accommodation to Argentine students who wish to continue their studies in the French capital.

His militancy was focused on bringing music and classical authors to all sectors of society through “Música Esperanza”, an idea that arose in his mind while he was a prisoner of the dictatorship and was tortured. “I set out to make music against the madness and torture of power. I want to fight with music against those who want to subjugate us,” he said in one of the talks he used to give to convey his experience, with an eye always on peace and inclusion. .

“The Argentine Delegation to UNESCO regrets to announce the death of Miguel Ángel Estrella, who was Ambassador of Argentina to UNESCO and Ambassador of Goodwill to UNESCO, pianist and founder of the NGO Música Esperanza,” he reported today on his Twitter account. the representation of the Argentine Republic before the United Nations Organization for Education, Science and Culture (Unesco).

Estrella was born in San Miguel de Tucumán, and had the revelation of the piano at the age of 12 when he discovered Chopin, when his father took him to a concert of the symphony orchestra of that city.

In addition to being a talented musician, Estrella was a militant for peace. In 2003 he was nominated Argentine ambassador to UNESCO and in 2009 he was a member of the jury of the Russell Tribunal on Palestine. He was nominated Knight of the Legion of Honor in France and in 2013 the Argentine Senate distinguished him for his career and his defense of human rights. In 2014 he received the Danielle Mitterrand Award from the France Libertés Foundation.

We invite you to enjoy one of his pieces that will remain forever in the memory: