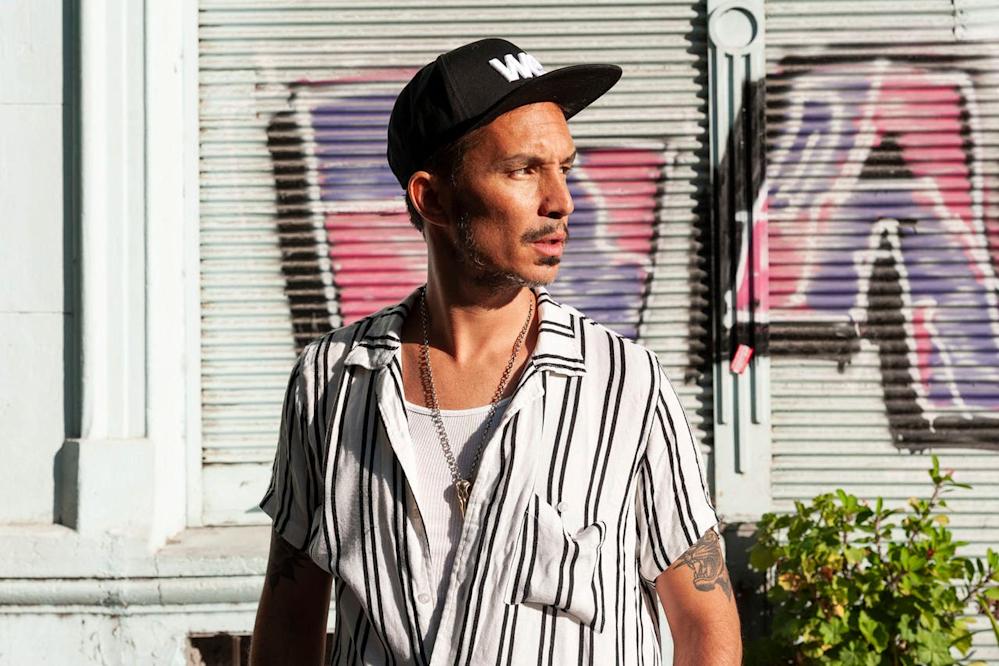 As announced days ago, The new edition of the Córdoba Book Fair will take place from September 29 to October 10 with an important artistic, cultural and, of course, literary offer. The Municipality of Córdoba announced that on this occasion, you can enjoy 13 great open-air popular recitals with established artists at the local and national levels. The opening show will be in charge of Emir Kusturicathe Bosnian Serb filmmaker, screenwriter and musician arrives to perform as part of his farewell tour with the band The No Smoking Band.

The complete musical program was presented by the Secretary of Culture of the Municipality of Córdoba, Mariano Almada, together with other representatives of the organizing institutions.

The musical shows will take place in the Paseo Sobremonte Where will the main stage be? All shows will be with free and free entry so that citizens can enjoy their artists.

The 36th edition of the Book Fair will have more than 300 activities with the presence of local, national and international authors such as Claudia Piñeiro, Flor Freijó, Guillermo Martínez, Pedro Saborido, María Teresa Andruetto, Ludovica Squirruamong many others.

The new edition will be developed around the motto “The city, all the cities”. The curatorship is in charge of the team made up of Elena Pérez, José Heinz and Sergio Suppo and offers a variety of views that are multiplied in the different audiences of the Fair. There will be 10 cycles, more than 60 bookstores and 3 large spaces: Super Manzana Intendencia, Plaza Italia, the Cabildo, as well as others in different neighborhoods of the city.

Emir Kusturica & The No Smoking Band

The Bosnian Serb filmmaker, screenwriter and musician Emir Kusturica arrives in Argentina with his farewell tour with his band The No Smoking Orchestra (TNSO). The Emir Kusturica & The No Smoking Band is one of the most representative bands of Balkan music, making their concerts a true festival of color and joy. With a cosmopolitan repertoire, it includes all the themes that were part of his successful films.

La Bomba de Tiempo is a percussion group that practices improvisation based on a system of more than 70 signs, with which a director leads the musicians on stage. When La Bomba explodes, a true ritual of rhythm and dance takes over everyone. A unique experience that has already been passed by more than five million people in different parts of the world.

Singer, artist and popularizer from Buenos Aires. She was nominated twice for a Latin Grammy and won a Gardel Award for best alternative rock album. She is the creator of the Podcast and Book “Mostras del Rock” and director of the feminist label Goza Records. Her latest album “Location in real time” was named in 2020 as one of the best 10 albums of the year by Rolling Stones magazine.

It is a Neo Soul and Funk experience with electronic colors, created in Córdoba 2018. The band is made up of three female voices and three instrumentalists. The project was born with the main objective of empowering and generating sorority among female artists, while generating a fusion of genres at the service of sensual and vital music in which there is as much room for groove as for virtuosity.

The duo with more than “30 years of musical and human brotherhood” arrives in Córdoba with its best repertoire. The list of themes includes songs from all the albums they made as a duo, but in renewed versions, there will be a segment dedicated to classic tangos played and sung in the manner of these enormous and talented popular Argentine artists.

The Duo will be a quartet! Juan and Lito will share their concerts with their children, Julián Baglietto on drums and Jano Vitale on bass!

The exponent of popular music that revolutionized the Cordovan quartet scene will make a musical tour of his greatest hits, celebrating 26 years in his career as a soloist. The artist will dialogue with “El Colo” Gianola about the composition of the quartet and its lyrics as factors that mark the Cordovan identity.

The singer-songwriter who wrote many of the songs of great references of the quartet such as La Mona Jiménez, Ulises Bueno, Damián Córdoba and even for his own project: Megatrack, steps on stage with his great musical work. The writer will talk with Matías Barzola about the linguistic construction of a song, the stories told through his writing and the lyrics that reached the ears of all the people of Cordoba.

The singer-songwriter, producer, multi-instrumentalist from Córdoba will perform at the Book Fair with a unique show. The maximum exponent of the new Argentine scene and nominated for a Latin Grammy in the category of Best New Artist, he offers us one of the fundamental sounds of popular music together with his band.

The self-taught musician and artistic producer presents himself with an intimate and solo concert, touring his great musical work.

From independence and self-management, publishing his albums through his own record label and production company: Viento Azul, he won the Gardel Prize 7 times, the highest distinction for Argentine Music. He was nominated for the 2013 Latin Grammys and honored in 2015 by the Grand Jury of the Konex Awards as one of the 5 best figures of the last decade of Argentine Popular Music in the “Song of author” discipline.

The alternative rock trio from Cordoba will sound with their line-up of bandoneon, bass and drums. They sound like Latin America, folklore, but also ska and reggae. From the hand of a repertoire enriched from “Amor continental” and “Voy a iluminame”, their audience has not stopped growing and accompany them on their tours of Argentina, Chile, Mexico and Spain.

The urban artist who is marking his return to the music industry with his new self-titled album, “FRIJO”. It has more than 225 million streams on Spotify, great collaborations with artists such as Duki, Paulo Londra, Bzrp, L-Ghent, among others, and several new projects on the horizon.

Winner of the Gardel award for best male pop artist and nominated by MTV Latinos for best solo artist, best southern artist and best alternative artist. The representative of Argentine pop rock will present his latest work Pitada and new versions of classics such as: Radios, Nena, Llamame, Soy tu nena, Amor Loco, among others.

One of the most emblematic female voices of national rock performs with the group led by Daniel “Pipi” Piazzolla with more than 20 years of experience. The sextet, recognized as one of the great references of neotango in the world, will introduce us with its fusion of jazz, tango, going through the legacy of Piazzola in a unique musical experience.

All the detailed programming can be consulted here