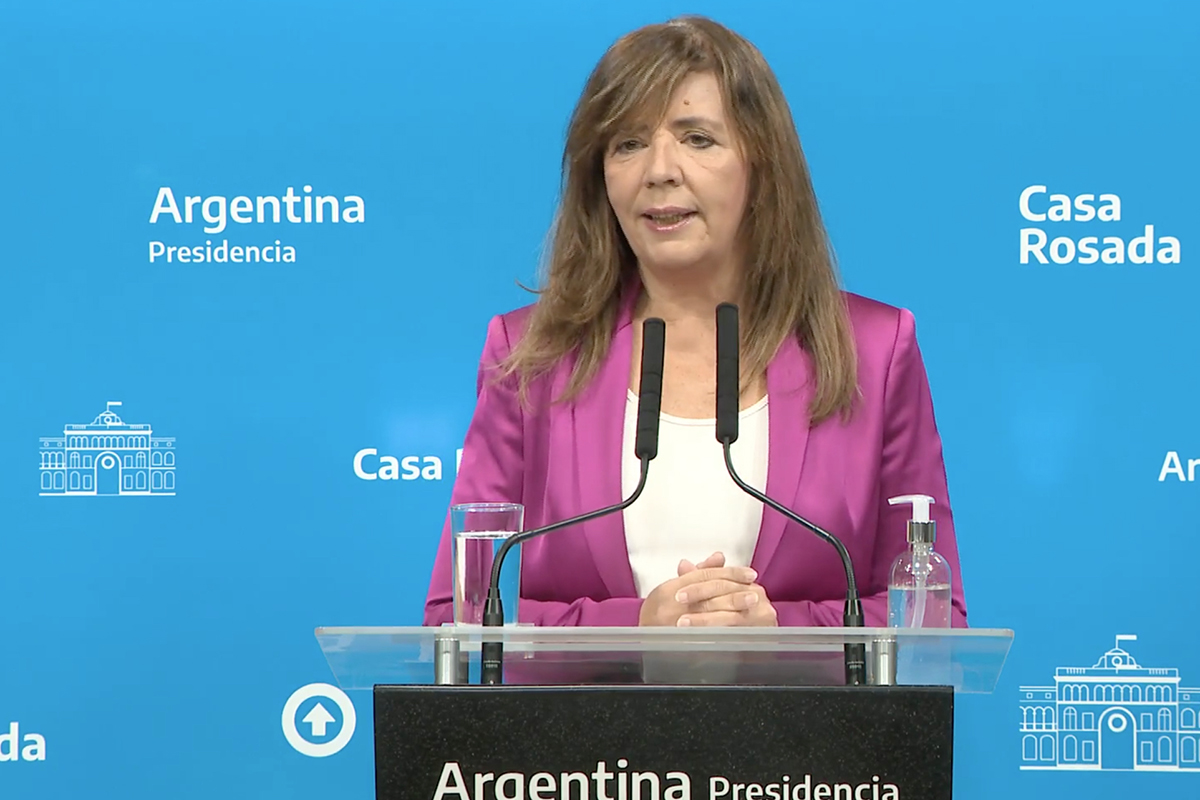 Gabriela Cerruti said this Friday that the protest called in principle by ruralists for this Saturday in the Plaza de Mayo is “a political march” and considered that “it is not very clear why they are marching” since “the increase in retentions does not exist” .

“There was no increase in retentions. They are marching in case of doubt against a project that they do not know about. It is a political march and has to do with other interests than defending the legitimate rights of the countryside, which is a fundamental sector for the growth of the Argentina,” said the spokeswoman at a press conference at Government House.

The presidential spokeswoman also said that President Alberto Fernández “follows closely and with great concern the conflict between the Legislative Branch and the Supreme Court of Justice” over the formation of the Judicial Council.

“We are the Executive Branch but we closely follow what is happening,” he said at a press conference at Government House. He also pointed out that the Supreme Court of Justice “should be more focused on resolving the number of pending rulings” and warned that “the delay in justice falls on all citizens.”

“The Court’s attempt to become a political power was clearly expressed when we presented the bill to modify the Council of the Judiciary. This law is the solution, it has half a sanction from the Senate and has not yet been dealt with by the Deputies,” he said. the spokeswoman at a press conference at the Government House.