Nation will repurchase bonds for more than US$1,000 million 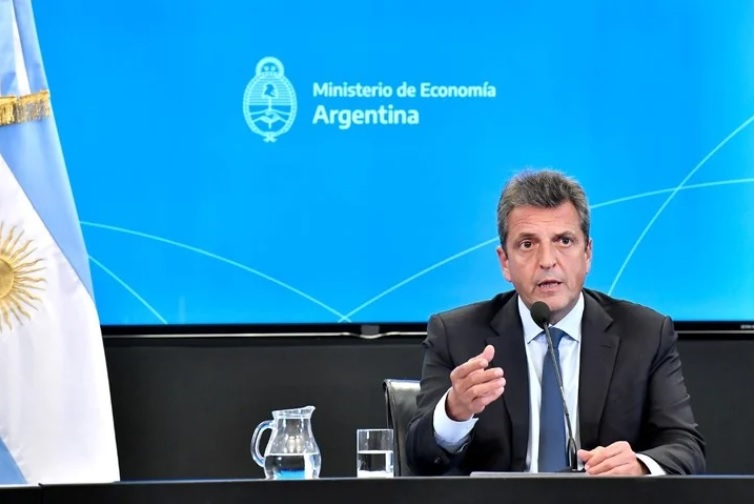 The Minister of Economy Sergio Massa announced this morning, through a recorded message and shortly before the world’s financial markets open, that this Wednesday a repurchase process of Argentine external debt for more than US$1,000 million. As he pointed out, the objective is “to return the country to a place of participation in the capital market.”

The official commented that the operation “is very focused on global bonds, especially those maturing in 2029 and 2030. We understand that this is where we must attack for better debt management”. He also entrusted the Central Bank, “for greater transparency of the operation”, to carry out the repurchase process on behalf of the Treasury “to continue improving the profile of external debt, to continue lowering the country risk and thus improve the possibilities of the State and companies to access the capital market”.

Read more: Field on alert: the cost of the drought already exceeds US$10,425 million

He also guaranteed that in the coming months “we will carry out other measures like the one we are taking now” to, as he highlighted, “return Argentina to a place of participation in the capital market”. Within this framework, Massa considered that by 2023, “Some projections we had have been modified, such as those related to inclement weather and the growth in value of export products or lower levels of imports”. On this last point, he said that there will be lower levels of energy imports than what is projected in this year’s Budget.

On the other hand, Massa indicated that the fiscal order “is closely associated with the administration of liabilities. And in 2022 we did a very strong job of improving the maturity profile of the debt in pesos. In parallel, we saw a drop of about a thousand points in Argentina’s country risk. And that means a window of opportunity for the country.” “That is why we made the decision to carry out a repurchase process of Argentina’s external debt for more than US$1,000 million”he pointed.

He stressed that since the beginning of his administration, last August, “we have been working very hard on the macroeconomic normalization of Argentina, so that the process of growth of the Gross Product, the generation of employment and the increase or recovery of consumption is not affected. for those measures to be taken, that we had to take or that we have to take in macroeconomic matters”.

“We achieved a process of accumulation of reserves based on export promotion measures and we also increased and achieved record levels of exports in some sectors such as the automotive or agricultural sector,” he added. Massa indicated that the numbers for 2022 “allowed us to close with compliance and over-compliance with some of the goals (with the IMF) both in the fiscal case and in the case of reserve accumulation.”