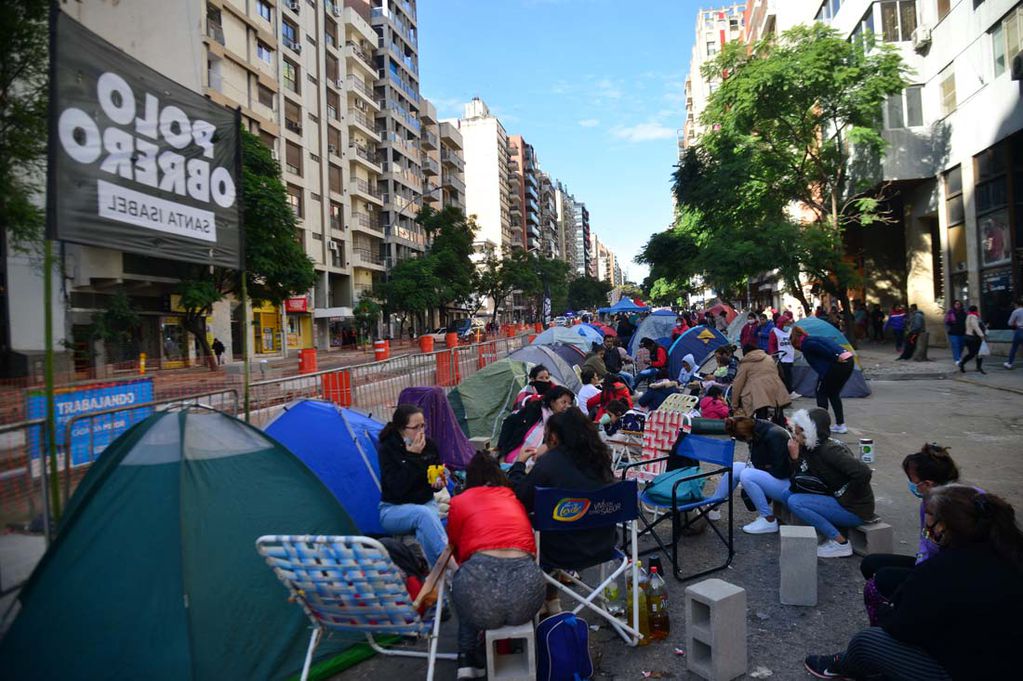 This Tuesday, September 27, the Polo Obrero de Córdoba will carry out a new camp for 48 hours in the capital city. This was confirmed by the political party: “Heading to camp, piquetero unity conference for wages, work against hunger and poverty,” the PO leader said on her Twitter social network account.

“Go all the support to the tire workers and SUTNA, their fight is that of all the working people. Unity of employed and unemployed workers,” he continued. It should be remembered that, in addition to the conflict in the area of ​​tires, the PO is going to insist on an order that is several weeks old.

The referent Emanuel Berardo had explained in dialogue with Radio Miter that “Without any type of response, it shows that the Government’s proposal that they came to change the social programs for work, is another verse as we had proposed it”, therefore there will be “Permanence until we have a response from the National Government of the claim that we have been developing for genuine work, because it will be a year since we presented a project to generate a million jobs“.

It is expected that the force measure will focus on the center of Córdoba, repeating the modality of the camp on Chacabuco street. However, they have not yet specified from the Polo Obrero what the concentration protocol will be.

Read more: Trial by Blas Correas: today the friends who were in the car testify