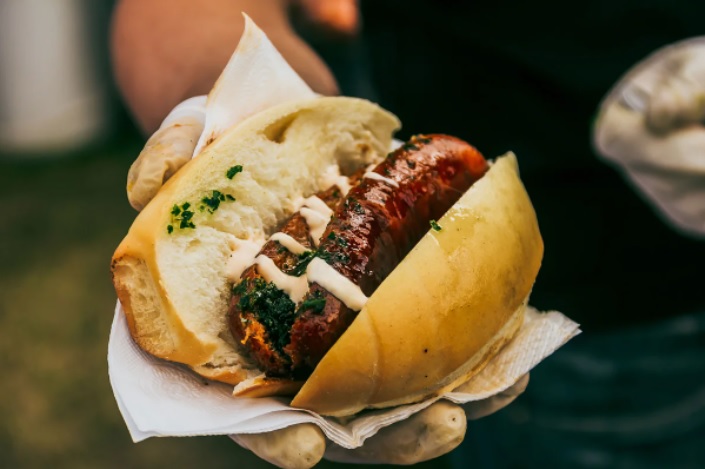 This Friday night, Mayor Martín Llaryora participated in the launch of the eighth edition of the World Festival of Humor and El Choripán 2022. The activity took place at the “El Dante” stand in Parque Sarmiento, and featured a performance by Lore Jiménez, Alta Mix, Diana Fonss and other local artists.

“We are very happy to be present in the heart of Parque Sarmiento, from where we invite the residents of Córdoba, other towns and other provinces of Argentina to have a good time with gastronomy, humor and live shows, because choripán is enjoyed by everyone. the family”, proposed Llaryora.

The “Chori” Festival is organized by the municipal Ministry of Culture and Youth, and will take place this Friday 8 and Saturday 9 April. The meeting point will be on Nores Martínez avenue, at the junction of Parque Sarmiento and Ciudad Universitaria.

It is a popular meeting and, at this point, traditional for the people of Cordoba, which revolves around humour, music and the characteristic local dish. It is a proposal open to the family and the community as a whole.

There will be 3 categories of positions: Classic, World and Gourmet, which were selected through a public call, under criteria of originality and gastronomic variety. Each category will be evaluated by a jury made up of chefs, journalists, gastronomists, influencers and a representative of the organizing Secretariat, who will award prizes to the best proposals.

In addition, the 2022 edition adds the proposed craft beer, turning out to be one of the preferred pairings when consuming choripán. “We include craft beer to offer the gastronomic combination that Cordovans like the most,” said the Secretary of Culture and Youth, Mariano Almada. 9 positions will be organized during the two days.

The gastronomic programming of the Festival will take place as follows:

– Saturday 9
Hours: 12 noon to 12 noon
The World category will participate, with 10 positions from the following countries: Italy, United States, Cuba, Arab Countries, Colombia, Mexico, Poland, Czech Republic and Slovak Republic. On the same day, you can visit 10 stalls that correspond to the Gourmet category, one of which will be vegan whose dish will be based on seitan. Likewise, a choripán stand without TACC will be set up, which will have a differentiated space to avoid cross-contamination.

The Festival venue will have a main stage and another in the “Entre panes” tent.