“On Wednesday I will communicate the work plan, objectives and axes to be addressed” • Channel C 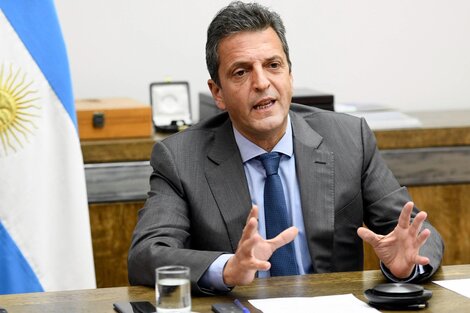 The appointed Minister of Economy, Productive Development and Agriculture, Sergio Massa, stressed that on Wednesday he will communicate “the work plan, objectives and axes to be addressed,” as well as announce “the mechanics of the first ten days.”

The outgoing president of the Chamber of Deputies used his social networks to “transmit a clear roadmap to avoid versions, speculations or false measures in the alleged study.”

In this sense, he confirmed that Monday and Tuesday he will communicate the names of the officials who will make up his work team at the Palacio de Hacienda.

The Tigren said that the special session will take place that same Tuesday in which his resignation as president of the lower house will be accepted and his replacement will be appointed as head of the legislative body.

“On Wednesday, President Alberto Fernández will swear me in and then at a press conference I will communicate the work plan, objectives and axes to be addressed, as well as the mechanics of the first 10 days that will give us a path to follow and the challenges to face as a country,” he stressed.

And he reiterated the request he made to the press last Friday after meeting with the head of state at the Presidential Residence in Olivos: “I respectfully ask you not to take things for granted beforehand in terms of names or measures so as not to generate uncertainty or false expectations.

With only 48 hours elapsed since his appointment was known and without having formally taken charge of the new Ministry of Economy, Productive Development and Agriculture, the leader of the Renovating Front has already received proposals and claims from all sectors.