“One chooses, the television studios or the street and the people” • Canal C 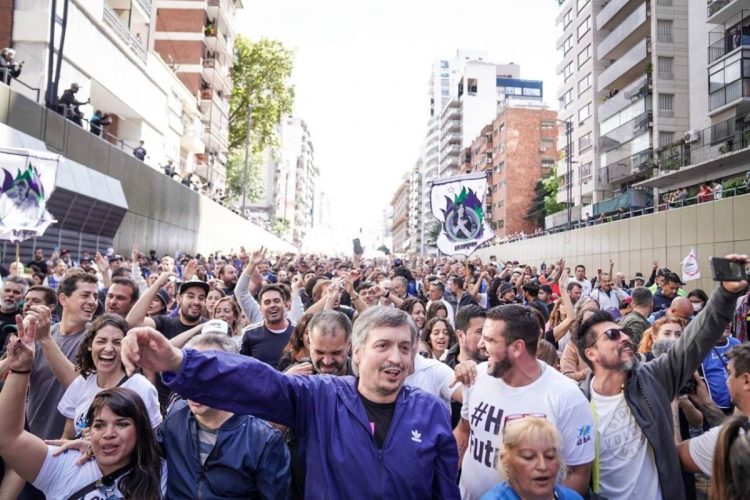 The leader of La Cámpora and national deputy, Máximo Kirchner, once again fired a shot at President Alberto Fernández, in the midst of the internal controversy that continues due to the relationship with the IMF.

The son of Vice President Cristina Kirchner, without naming him, made reference to the national president, and publicly whitewashed a criticism that Kirchnerism makes to the Executive in private: governing through the media.

Speaking of the motto of the call for La Cámpora for March 24, “The Homeland First”, Máximo Kirchner reflected: “It is what we always had ahead of us. That is why we gave all the fights that we gave, when we told society that we had to put up with the vulture funds so that they did not enter was because we did not want this to happen”.

“Obviously we do not manage the channels, which in these 50 days have been dedicated to criticizing our position against the Monetary Fund. One chooses, the television studios or the street and the people, this is clear,” emphasized the head of the Justicialist Party. from the province of Buenos Aires.

He did it in a live on social networks of La Cámpora, interviewed by several young people who supported the transmission during part of the mobilization from the former Esma to Plaza de Mayo.

“Make them walk 13 kilometers and that they do it with that desire marks the level of decision we have to transform the Homeland. It is an example of valuing democracy,” said the national legislator.