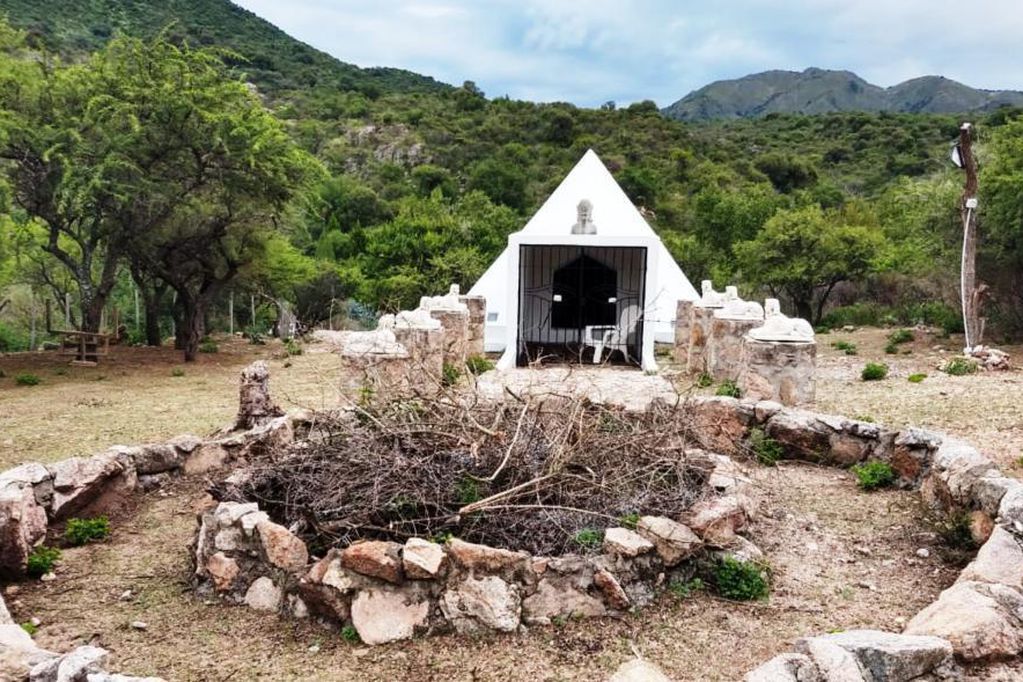 “The ordeal of being trapped in a sect” is the title of the public letter released by Maximiliano Iciksonas (chef, 43), who has been detained for almost a year in the Bouwer prison accused of being part of the scams carried out by the group known as “Egyptian Healers”.

In a 3-page letter, Iciksonas directly points to Álvaro Aparicio Díaz and his wife, Carolina Cannes, as those responsible for the brainwashing that convinced him and his partner at the time to hand over their entire lives to the defendants. , emotionally, physically and financially. The first contact, he recounts, was as attendees of his courses on the history of ancient Egypt. Then, little by little, he claims to have been manipulated into all kinds of forced labor, convinced that with his healing powers, he and his wife could have a child of their own.

“He wrapped us with promises, false friendship, false knowledge, false gifts (…). That person ruined my marriage, my family, my life. First I walked away from my friends, then I walked away from my family (…) After a while, my only circle of close people had to do with this disastrous character and my whole life revolved around him, “he says.

He also mentions the debts he incurred in order to pay for trips to Egypt and to pay for his training courses. “It is likely that I will spend the remaining years of my life paying those debts to banks, credit cards and finance companies. Today
I see myself in those years and I really don’t know myself”.

Maximiliano later recounts that when the pandemic arrived, Aparicio and Cannes convinced their followers that the world would soon end, so they moved to the “Estancia Pozos Azules de Villa Cura Brochero, which he owns,” where he says that they were forced to do all kinds of forced labor in inhumane conditions.

Read more: The Federal Justice declared itself competent in the case of the Egyptian Healers

Later, he recounts that upon learning of the raids and arrest warrants against the group, he hired lawyers. “I was the first to surrender voluntarily, the first business day after hearing that news, because I am innocent, a good person, and I had confidence in justice. Nobody cared that I had surrendered, today I have been in prison for almost a year in Bouwer, I cannot understand how I can be paying with jail for the crime of having been vulnerable at one point in my life and being trapped by a sect that ruined my life and that of my family”.

It should be remembered that both Iciksonas’ defense and that of three others involved in the case (Carolina Altamirano, Flavia Stefanich and Liliana Daríomerlo) maintain that the aforementioned are victims of human trafficking.

In the last few hours, Judge Miguel Hugo Vaca Narvaja made room for these defenders’ statement and considered that these people were victims of alleged human trafficking by the heads of the alleged sect. “They must be considered inseparably from the crime of human trafficking, by the same federal courts” and cites the regulations: “Victims of human trafficking are not punishable for the commission of any crime that is the direct result of having been object of trafficking”.

The full letter available below: