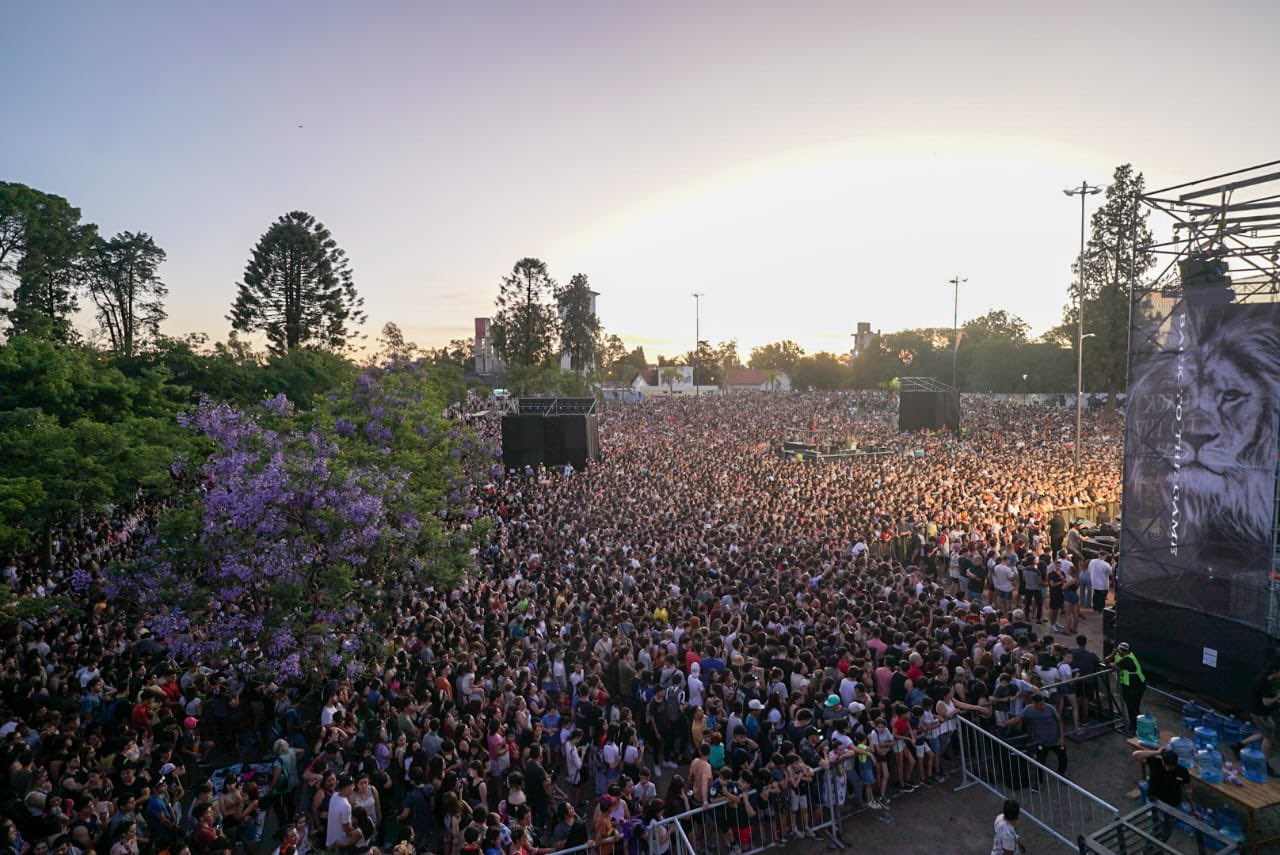 After almost 3 years, the most anticipated theme is now available on all digital platforms. Paulo Londra’s “Necio” ft. Lit Killah, along with many other new songs from the singer’s album, have officially been released.

The dream of thousands of fans today is a reality. This music event had no better setting than the city that saw Paulo grow up: Córdoba. In the heart of Nueva Córdoba thousands of people gathered +to listen to the singer nicknamed “El León” in a surprising free show.

Yesterday, on his Instagram, he had anticipated that there would be a preview of his new album and asked his fans to be “attentive”. Through her social networks, she announced that she would perform a free concert in Las Tejas Park. Although the call was at 6:00 p.m., Paulo went on stage around 8:00 p.m. to excite an expectant audience. A crowd of more than 50,000 people turned out to enjoy Plan A, Luces, Cansado, A Veces, Chango and Necio together with Lit Killah.

Londra had to put a pause in her career in 2020, when she was going through a great moment. She had a legal conflict and last March she returned to the scene with her song “Plan A”. She was available on Spotify from the 23rd of that month, which is her cabal number, to reunite with her audience. Londra, a basketball fan, identifies as Aspermaster 23.

“Hello my crazy people, I just wanted to tell you that I waited a long time for this, I’m here for a reason -added in the middle of his mini show-. Nothing has to stop them, if you follow your passion you have to move forward. It was hard for me to go back to what I did before because I always try something new, but I came back and here I am”.

It is worth mentioning that the date chosen to make this release was not by chance since number 23 is the singer’s favorite number. In fact, at the time, he asked the music producer Bizarrap to save it for the Session they did together.

“We didn’t come back, we never left” says Paulo at the end of the album’s star song.