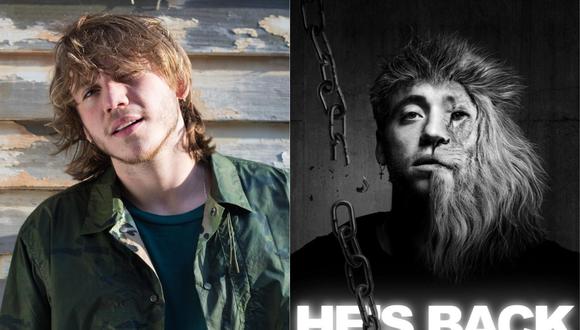 The Cordovan artist Paulo Londra announced the release of “Plan A”, the single with which he will end a long wait, for this Wednesday in association with the Spotify platform, where his repertoire accumulates more than 10 million monthly listeners.

The protagonist accompanied the news of his new song with a post on social networks where he was shown shooting baskets in a basketball hoop and later declaring in English: “I’m not looking for fame, I’m looking for happiness”.

In this way, Londra resumes her career with a first song, after the legal conflict with her former producers and partners, the Colombian Ovy On The Drums (Daniel Oviedo) and the Puerto Rican Kristo (Cristian Salazar) that prevented her from editing music in the last two years.

For an MVP the game never ends. @paulolondra

After knowing the end of the legal dispute, Londra signed a new contract as an artist for Warner Music Latina and announced her definitive return on social networks, with a photo that merged her face with that of a lion and the legend “He’s Back” ( ‘It’s back’).

In addition to all his songs, his new single “Plan A” can be heard on the Spotify Original playlist “This Is Paulo Londra”, which has more than 1 million followers.

The urban artist accompanied the news of his new song with a post on social networks where he was shown playing basketball and declaring in English: “I’m not looking for fame, I’m looking for happiness.”

After 3 years, in two days I return with a temeke called Plan A, I want to thank my parents, my family and all those who continued to listen to me in the bad times, because the good times are coming