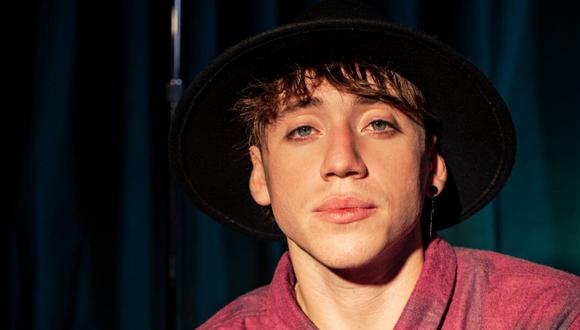 Paulo Ezequiel Londra Farías, better known as Paulo Londra, is a singer-songwriter who was born on April 12, 1998 in the city of Córdoba, Argentina and today is celebrating his 24th birthday. Both the name and the music of Londra arose thanks to the amateur freestyle competitions, where little by little it began to become popular.

Famous for his music in the rap and trap genres, the 24-year-old artist has achieved worldwide success and became the third Argentine artist to enter the Billboard Social 50 list.

🥳 HAPPY BIRTHDAY PAUL 🥳
Today we are celebrating as the lion is birthday 🦁
📅 A day like today but from 1998 Paulo Ezequiel Londra Farias was born.
“NENA MALDICIÓN” “WHEN I KISSED YOU” and “ADÁN Y EVA” are some of her greatest hits. #paulolondra @PauloLondra pic.twitter.com/Ti1TjinjzO

Although the popularity and fame of the singer has been on the rise, it was during the year 2018, when Paulo Londra achieved international fame with the song “Condemned for the million”.

In this same year, Paulo Londra, already well positioned, released the singles “Adán y Eva”, “Nena maldición” and “Chica paranormal”, which led him to be the Argentine artist with the most reproductions on Spotify and YouTube. Likewise, musical collaborations began for Paulo Londra with “When I kissed you” with Becky G and “I love you” with the band Piso 21.

Despite the success, the scandals for Paulo Londra have not been lacking, after the controversy arose in 2020 with his record labels Ovy on The Drums and Big Leagues.

Fortunately for the singer and his fans, Paulo Londra managed to reach an agreement a few months ago. Thus given things, the singer released the song “Chance” after three years in silence, a song that was also accompanied by a video that already has more than 2 million likes.

As if all this were not enough, with 19.1 million monthly listeners, the Cordovan surpassed María Becerra (18.8 M) and returns to the podium of the Spotify platform. Undoubtedly, Londra has plenty of reasons to celebrate another year of life.