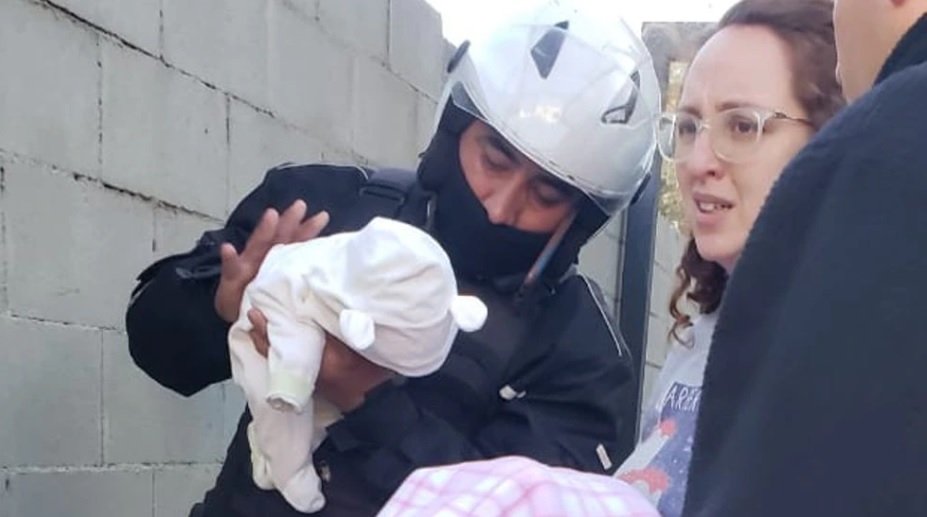 A new episode of drowning and rescue was carried out this Tuesday by members of the Córdoba Police, who responded to the call of a family from Villa Allende who warned that their one-month-old baby was not breathing.

The 34-year-old mother warned that the girl was choking after drinking milk, so the agents applied the Heimlich maneuver to unblock her airways. It happened on Mendoza street at 1900, in the Lomas Sur neighborhood.

Fortunately, when checked by the emergency medical service that came to the scene, it was found that she was in good health and should not have been transferred to a hospital.