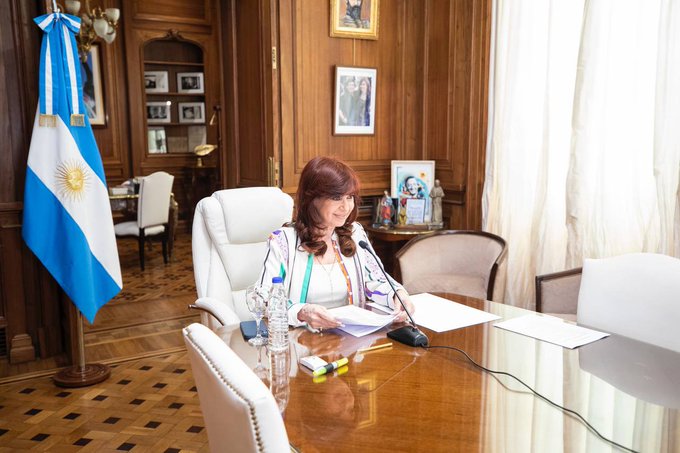 Vice President Cristina Kirchner will finally know on Tuesday the ruling in the case for the concession of public works in Santa Cruz. After three and a half years of judicial debate, the judges that make up the Federal Criminal Oral Court No. 2 could sentence her to prison, if they agree to the request that the prosecution made in a timely manner.

An enormous expectation generated in the last hours the sentence that will be pronounced this afternoon by the magistrates Rodrigo Giménez Uriburu, Andrés Basso and Jorge Gorini. This case also has as defendants the businessman Lázaro Báez and former Kirchner officials Julio de Vido and José Francisco López. In total, there are 13 defendants for two crimes: illicit association and fraudulent administration to the detriment of the public administration for an amount greater than 5,321 million pesos.

The trial began in May 2019 and held almost a thousand hours of hearings, which had their most resonant stage with the allegations of the prosecution and the defenses. The former president is accused of leading that alleged criminal gang that favored Báez with the concession of public works in Santa Cruz. The period investigated goes from 2003 to 2015.

In any case, in the event that the official is found guilty, there will be no immediate legal consequences for her: firstly, because she has privileges and secondly, because for the ruling to be enforceable, it must be final. This is a long way to go, probably, to the Supreme Court of Justice.

I share the interview with the newspaper Folha de São Paulo.#CristinaEnFolha https://t.co/nWiPkJWOng