Reyes and Doñate swore in the Judicial Council • Channel C 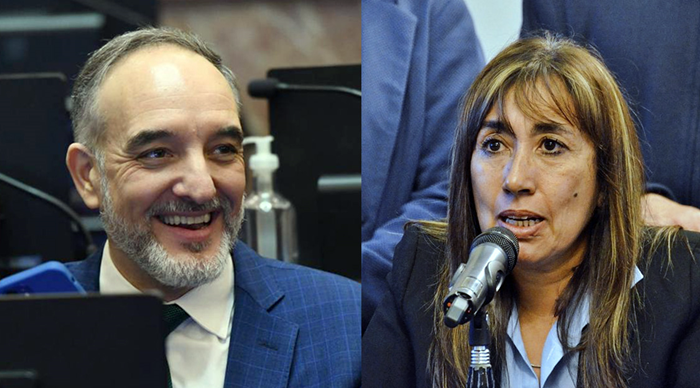 This Thursday, the deputy of the UCR Roxana Reyes and the official senator Martín Doñate were sworn in as new members of the Council of the Judiciary, in an act led by the Supreme Court of Justice. In this way, the integration of 20 members of the organization that had been doing it with 13 is completed.

Days ago, the integration of both officials had been accepted, which generated controversy for being both close to the president of the Senate, Cristina Kirchner, and for having been appointed in the place that was initially for Senator Luis Juez.

It should be remembered that Cristina Kirchner divided the Frente de Todos bloc, thus turning it into a minority and therefore appointing Doñate. Luis Juez filed an amparo before the Justice which was rejected in two instances and there are still substantive legal issues.

Read more: Argentines pay up to 86% more in electronics and 59% more in clothing than in Brazil and Mexico

With the swearing-in of Reyes and Doñate, the integration of 20 members whose president is Horacio Rosatti, the head of the Supreme Court of Justice, is completed. The act, held in the Bermejo room on the fourth floor of the Palace of Justice, was attended by the Vice President of the Court, Carlos Rosenkrantz; the dean minister, Juan Carlos Maqueda, and the minister Ricardo Lorenzetti.

The Council of the Magistrature is where the positions of new judges are defined and the body is also in charge of their removal.