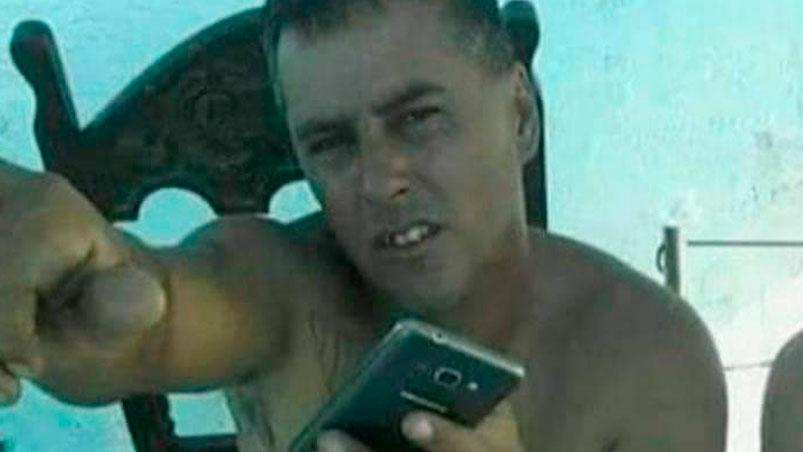 This Tuesday morning Walter Insaurralde married in the Bouwer prison complex. The marriage was carried out by civilian, two witnesses were present at the ceremony.

Insaurralde is serving a life sentence for systematically raping Sathya Insaurralde, her daughter, for 6 years. The young woman ended up taking her own life in January 2020, which started a lawsuit that would end up setting precedents for future causes.

Sathya was 19 years old when she took her own life on January 19, 2020, two and a half years after denouncing her father for sexually abusing her from the ages of 8 to 14. The case, which was in charge of the Ingrid Vago prosecutor’s office, had been paralyzed since September 2017.

On December 21, 2019, Sathya posted a painful post on her Facebook account: “I was 8 years old when my dad started abusing me. Could it be that the dust cover was not long enough and I provoked it? He touched me while he told me it was just tickling, he forced me to touch him so that I would be “affectionate”, he gave me oral sex, between groping, abuse and the times that I suffocated because I felt I was going to die “. Just a month later, the young woman would commit suicide.

Only in May 2021, after his death, the case was brought to trial by the chamber prosecutor Marcelo Hidalgo, who also asked to expand the accusation against Insaurralde under the cover “sexual abuse followed by death”, the change of cover was made and on June 21 the oral and public trial began.

The evidence presented was convincing, Sathya’s cause of death was directly associated with the rape she suffered at the hands of her father. Finally, on July 12, 2021, the Córdoba justice, after a historic ruling, convicted Insaurralde of homicide, holding him responsible for the suicide of his daughter.

The three judges María de los Angeles Palacio de Arat, Leandro Quijada and Gustavo Ispani, and eight popular juries accompanied the accusation of the prosecutor Marcelo Hidalgo and found him guilty of the crimes of “homicide due to sexual abuse with carnal access qualified by the link and the pre-existing coexistence in an ideal contest, with promotion of the corruption of minors aggravated by the bond and by the intimidating medium.”