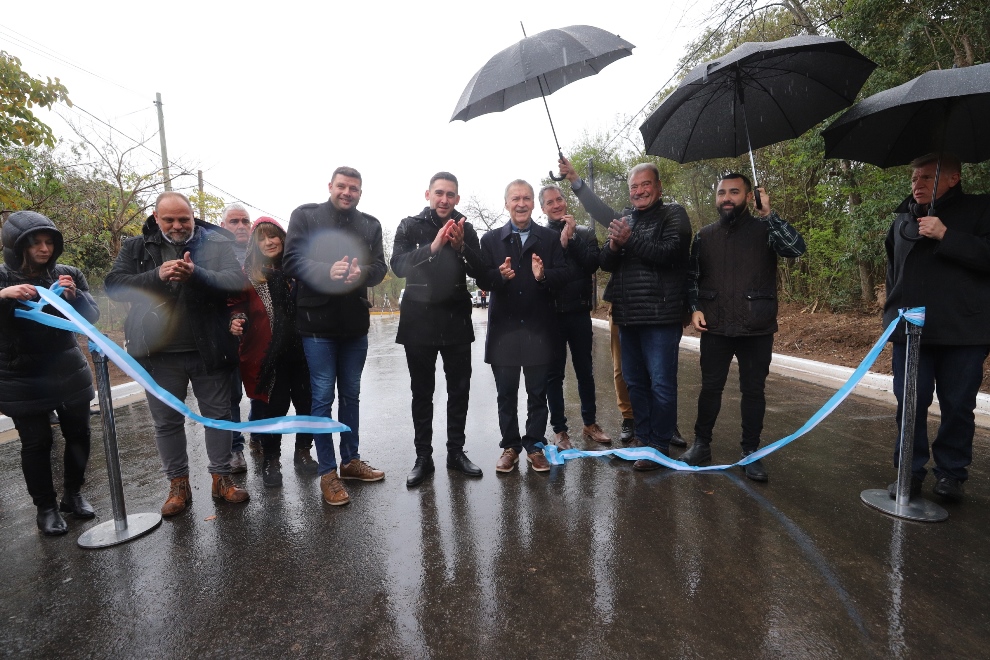 Governor Juan Schiaretti inaugurated this Wednesday the paving of the access to the Nuestra Señora del Pilar chapel, in the city of Pilar, department of Río Segundo. The work was carried out on Belgrano Street, in a 1.3-kilometer stretch from National Route 9 to the historic religious temple.

“Now we have a very good entrance to the chapel, which is a pride of Córdoba”, the governor said. And he added: “It is progress for Pilar, it is to value a historical monument, of what happened in the history of Córdoba and Argentina. It is also to enhance it touristically, now that it has asphalt”.

This work was announced by Schiaretti in October 2021 along with others that seek to benefit the inhabitants of the Río Segundo department. With an investment of 88,340,000 pesosthe tasks were in charge of Provincial Roads, dependent on the Ministry of Public Works.

The governor was accompanied by the local mayor Leopoldo Grumstrup, the director of Provincial Roads Martín Gutiérrez and the legislator Francisco Fortuna. In this framework, the municipal president was grateful for the work and highlighted the work done together with the provincial administration.

“It is an exciting day for everyone, every time a work is inaugurated for joint work. As the governor says, here there is no distinction of colors but the same need: that the province of Córdoba continue to develop and grow more every day “Leopold Grumstrup stated.