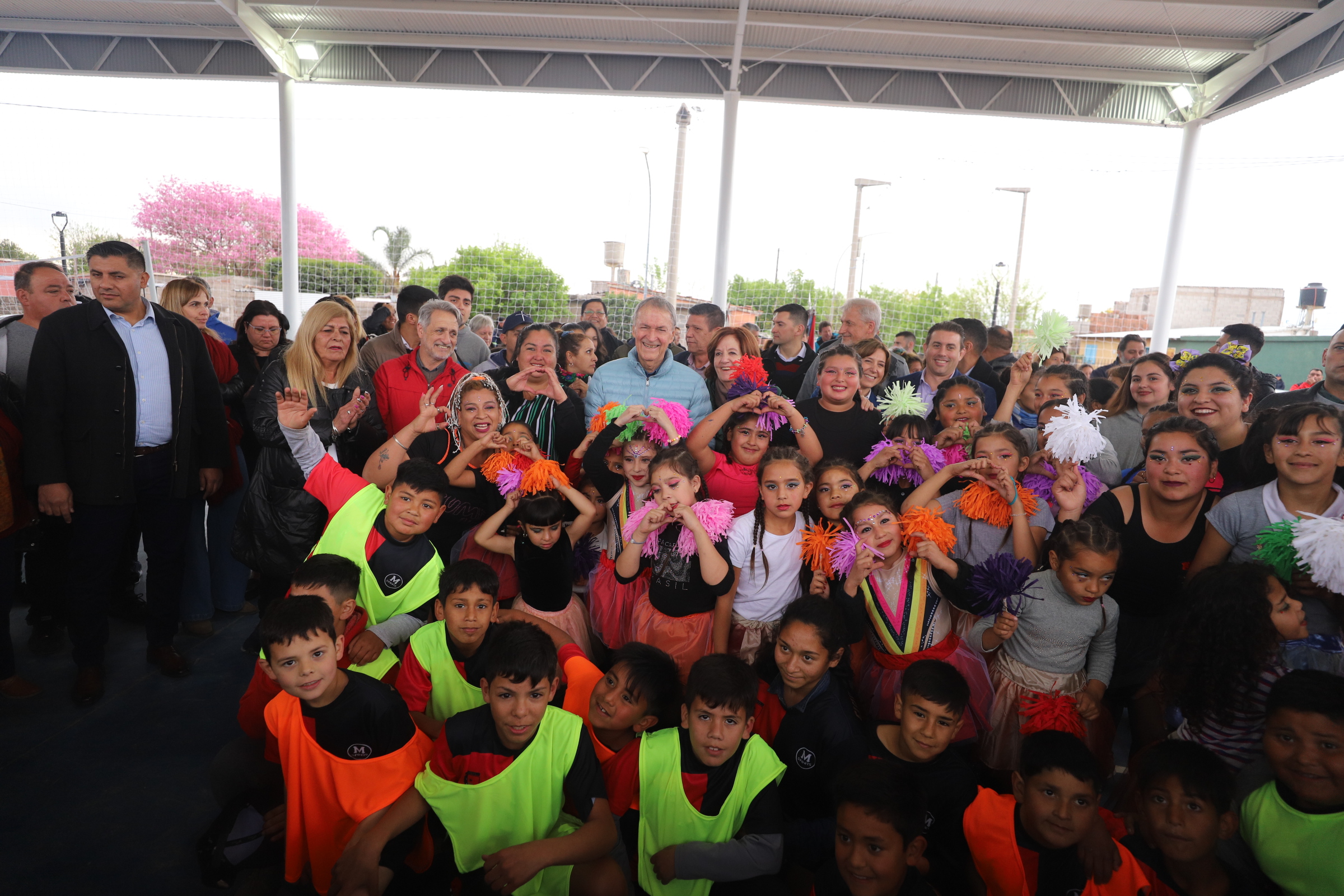 This Wednesday, Governor Juan Schiaretti inaugurated the new sports center in the Ciudad Evita neighborhood, in the south of the city of Córdoba. This meeting space is number 24 in the Capital, of the 55 that are being built.

The work required an investment of 50 million pesos, and aims to create a recreation point where families practice sports activities, train in a safe environment.

Likewise, this space of neighborhood communion has the purpose of renewing the ties of good neighborliness in the various neighborhoods of Cordoba.

Both programs are part of a new citizen security paradigm that implicitly includes crime prevention from a comprehensive approach as a guideline.

The governor was accompanied by the national senator, Alejandra Vigo; the ministers of Linkage and Communication, Paulo Cassinerio and his pair of Habitat and Family Economy, Laura Jure. Also participating were the president of the Córdoba Sport Agency, Héctor Campana; the deputy mayor of the city of Córdoba, Daniel Passerini and the undersecretary of Participation and Citizen Coexistence of the Municipality of Córdoba, Oscar Arias.

The sports center includes a 620-square-meter semi-covered playground, equipped to play soccer, basketball and hockey. In addition, it includes a covered housing module with offices for multiple uses and bathrooms.

The environment, likewise, was recovered with trees and urban furniture that includes tables and benches for social recreation. In the surroundings of the shed, children’s games were placed consisting of hammocks, slide, seesaw, integrative merry-go-round and early childhood slide.