Schiaretti received the leadership of the Liaison Table • Channel C 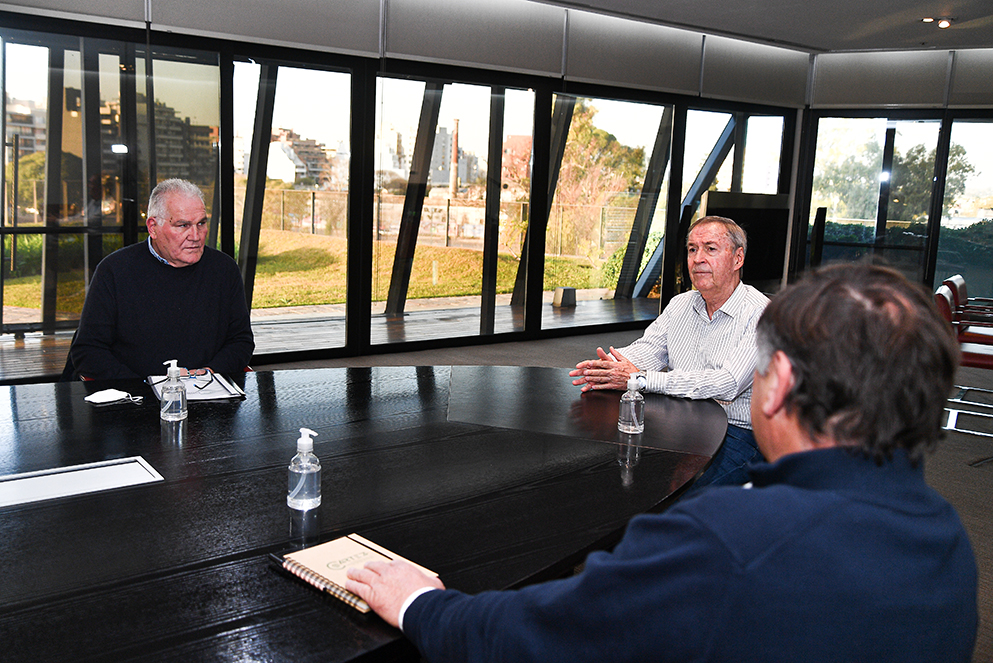 Governor Juan Schiaretti today held a long meeting with an open agenda with members of the Córdoba Liaison Board, in which they analyzed the current difficulties that the countryside is going through, the demands of the sector and the joint work that producers carry out with the province .

The meeting, held in the main office of the Civic Center, was attended by the Minister of Agriculture, Sergio Busso and, on behalf of the Liaison Table, Agustín Pizzichini (Agrarian Federation); Gabriel de Raedemeker (vice president of CRA); Alejandro Buttiero (Coninagro); Guillermo Bitelli (Rural Society) and Javier Rotondo (Cartez).

Schiaretti reiterated the principles that animate his government in relation to the countryside. ”With the Provincial Liaison Table we agree that progress is achieved when we are able to work together”said.

“And so we do it in Córdoba, with works and programs that we promote with our producers, while the Nation insists with recipes that harm production.”

He added that “For this reason, we insist with the demand that the withholdings begin to gradually lower and be put on account of the income tax, because that money belongs to our producers and we know that they reinvest it in generating employment, and work is what we want. In cordoba

Schiaretti insisted on the need to “Remove the clamp on meat exports, a measure that produced an increase in price and a reduction in domestic consumption. We also propose that the cut be increased up to 20% in biofuels, to take care of the environment and give more value to production”.

At the end of the meeting, Guillermo Bitelli pointed out that the dialogue was “extremely friendly” and that “We talk about the daily relationship with the Cordovan political sector, with the work of the Liaison Table and with the various activities that we carry out.”

Regarding the issues that concern his sector, the ruralista leader pointed out that “The governor is completely in tune, in line with the feeling of the agricultural producer.”

He especially valued that “in each of his public presentations he sides with agriculture and his expressions regarding withholdings, the exchange rate, infrastructure and the liquidation of agricultural products are very evident.”