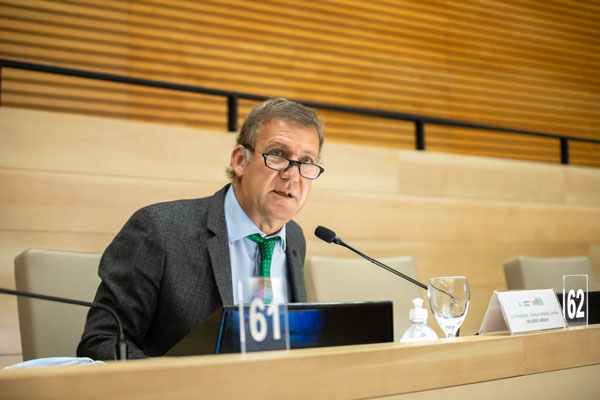 In the last few hours, Orlando Arduh, president of the Together for Change bloc, argued that the governor of Córdoba, Juan Schiaretti, should join his force. in dialogue with Crossing words He explained that this would be a strategy for his party to reach the Government at the national level.

These statements were made by the legislator taking into account that in recent days Schiaretti has met with different radical leaders such as Gerardo Morales and Facundo Manes.

In this regard, he clarified: “I am speaking at the national level, in no case do I want to influence the province.” “Moreover, in the province I had problems with my party and I resolved them through the court of conduct. I’m still a radical,” he said, referring to the debate over the Online Gaming Law, which was promoted by Arduh.