Scholz said that Argentina “is a reliable partner” • Channel C 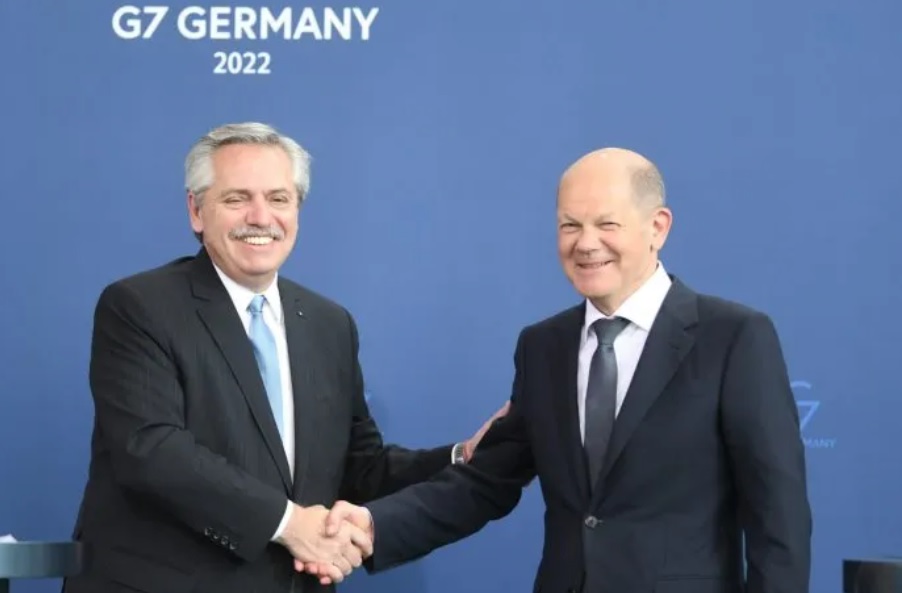 During a joint press conference, President Alberto Fernández and German Foreign Minister Olaf Scholz expressed their many common points in military matters regarding the war between Ukraine and Russia, and economic

“I celebrate Argentina’s condemnation of the invasion of Ukraine. I highlight the agreement with the International Monetary Fund (IMF). Argentina has a lot of potential in terms of renewable energies and we can cooperate in these aspects,” said the Social Democrat Scholz.

Read more: Alberto Fernández confirmed that he will seek re-election in 2023

The German official also said that “It is good to know that Argentina is a reliable partner for Germany. We both agree in condemning Russia’s invasion of Ukraine. I salute the President’s decision to side with the victims.”

“The aftermath of the war has repercussions throughout the world and particularly in Latin America and other developing countries. Food prices have increased as have energy prices. This is not only a problem for Russia and NATO If not, it affects the whole world. A ceasefire is necessary, which must be achieved in an area of ​​discussion,” Fernández said.

For his part, the German chancellor affirmed that the war “will leave consequences for years” for Ukraine and demanded that Russia, “a nuclear power”, withdraw its troops from the country it invaded and affirmed that the efforts of the international community “must be focused in that sense”.