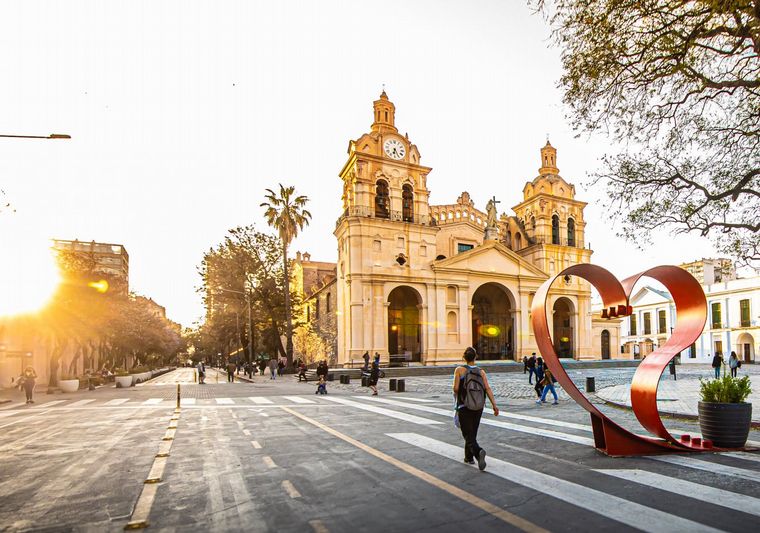 In April, the Municipality of Córdoba will offer free guided tours, live concerts with the performance of the stable cast and different initiatives to visit temples, parks, walks, markets and the Superblocks during Holy Week and throughout the month of April.

From April 9 to 17 at the Córdoba Fair Complex, the International Handicrafts Fair will take place, which will be attended by more than 650 exhibitors from the country and the region.

🙌🎪 The classic International Craft Fair returns to the Córdoba Fair Complex! From April 9 to 17, more than 650 exhibitors from the country and the region will shape one of the largest and most important fairs.

Starting on April 13 there will be free guided tours and live concerts with performances by the stable municipal cast in the city’s most emblematic churches and temples, such as the Cathedral Church, the María Auxiliadora Church or the Capuchin Church.

From Monday 11 to Sunday 17 April, on social networks you can see a gastronomic audiovisual production by the hand of “Córdoba with flavor”, which will bring together typical Easter recipes, by the hand of leading chefs from our city and iconic restaurants of Cordovan haute cuisine.

Added to the large offer are “three thousand reasons to visit Córdoba Capital”. The proposal promoted by the municipality in joint work with the private sector includes gifts for tourists and neighbors, who will be able to access various experiences in the city for free. The attractive battery of gifts includes guided tours, tickets to shows, fairs and gastronomic drinks that can be found in hotels and Tourist Information Offices.

And to crown the fourth month of the year, on April 30 at the Hippodrome of Córdoba will be the second edition of the Bum Bum Festival that will have food trucks, a playground for children, the Itinerant Museum of La Mona, among other activities. The confirmed artists so far are La Mona Jiménez, Ulises Bueno and Kapanga.

The complete program of “Santo Abril” together with the list of available gifts can be consulted on the official tourism website.