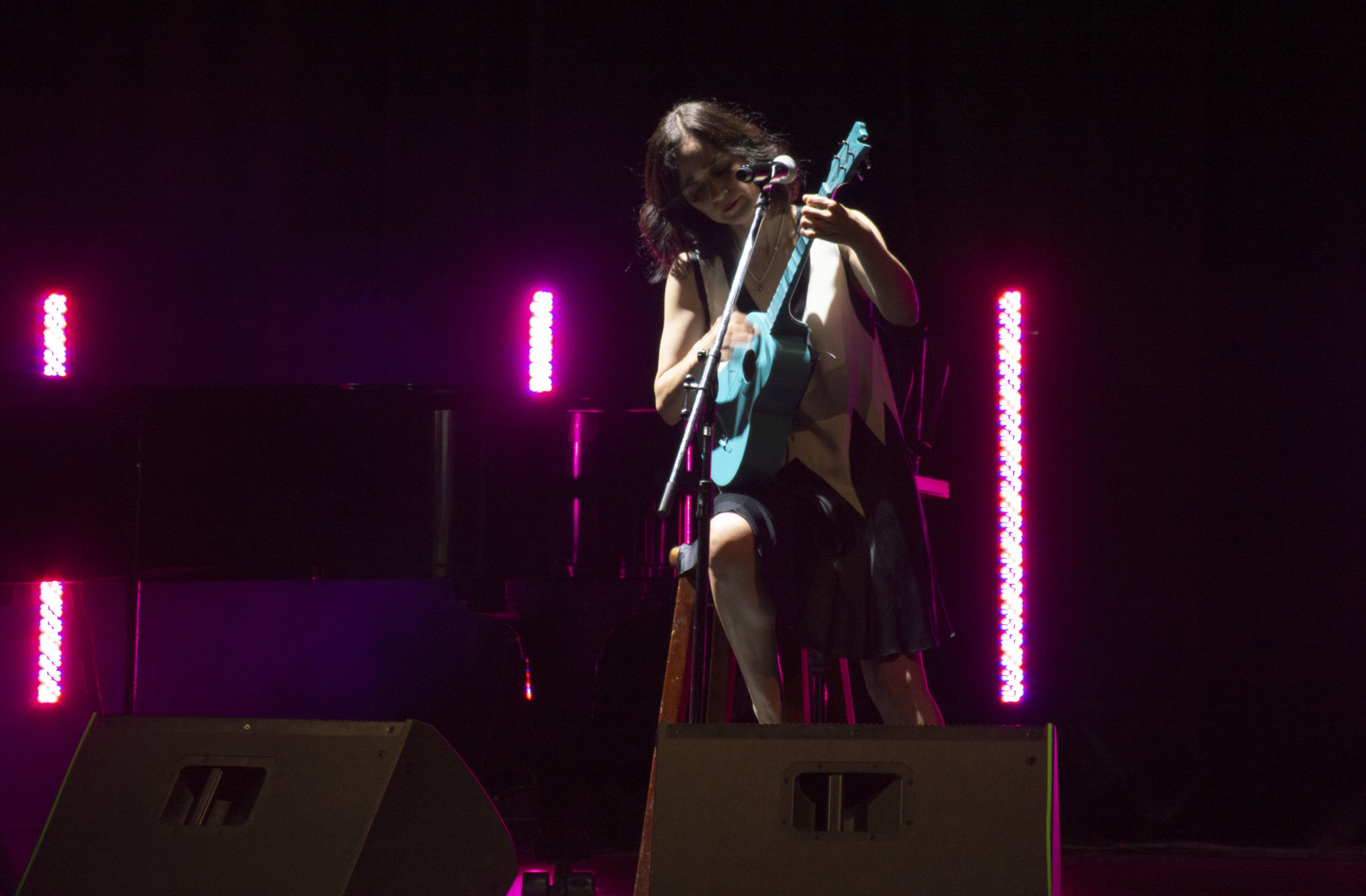 By Natalia Medina for Channel C

The Mexican singer-songwriter stepped on our greatest cultural coliseum, and left us all wanting to listen to her a while longer.

An approximate two-hour show and a reduced orchestra structure, but more than enough to listen to an acoustic and intimate show by the artist.

Grand piano, guitar, and of course the Gabbanelli accordion, passed through his hands, to give each song a different sound and story.

He dedicated himself to presenting almost all the songs, with the story that each melody contained.

On the music scene: a grand piano, a drum kit and a cello… and their magical songs.

A song inspired by a poem by Jorge Luis Borges, called “The Moments”, other melodies such as “Same love”, “I’m leaving”, “Something is changing”, “Good or bad”, “Lemon and salt”, “You are for me”.

Talking with the audience, she told the story of “Sola por ahi”, a song that came to her after a chat with her friends, which precisely talks about the insecurity that women experience when they go down the street or when they are alone.

“Dos Soledades” was also part of the repertoire, a melody based on a micropoem by a friend who lives in Spain. “Sing, sing, sing”, a typical Mexican song, was also not lacking.