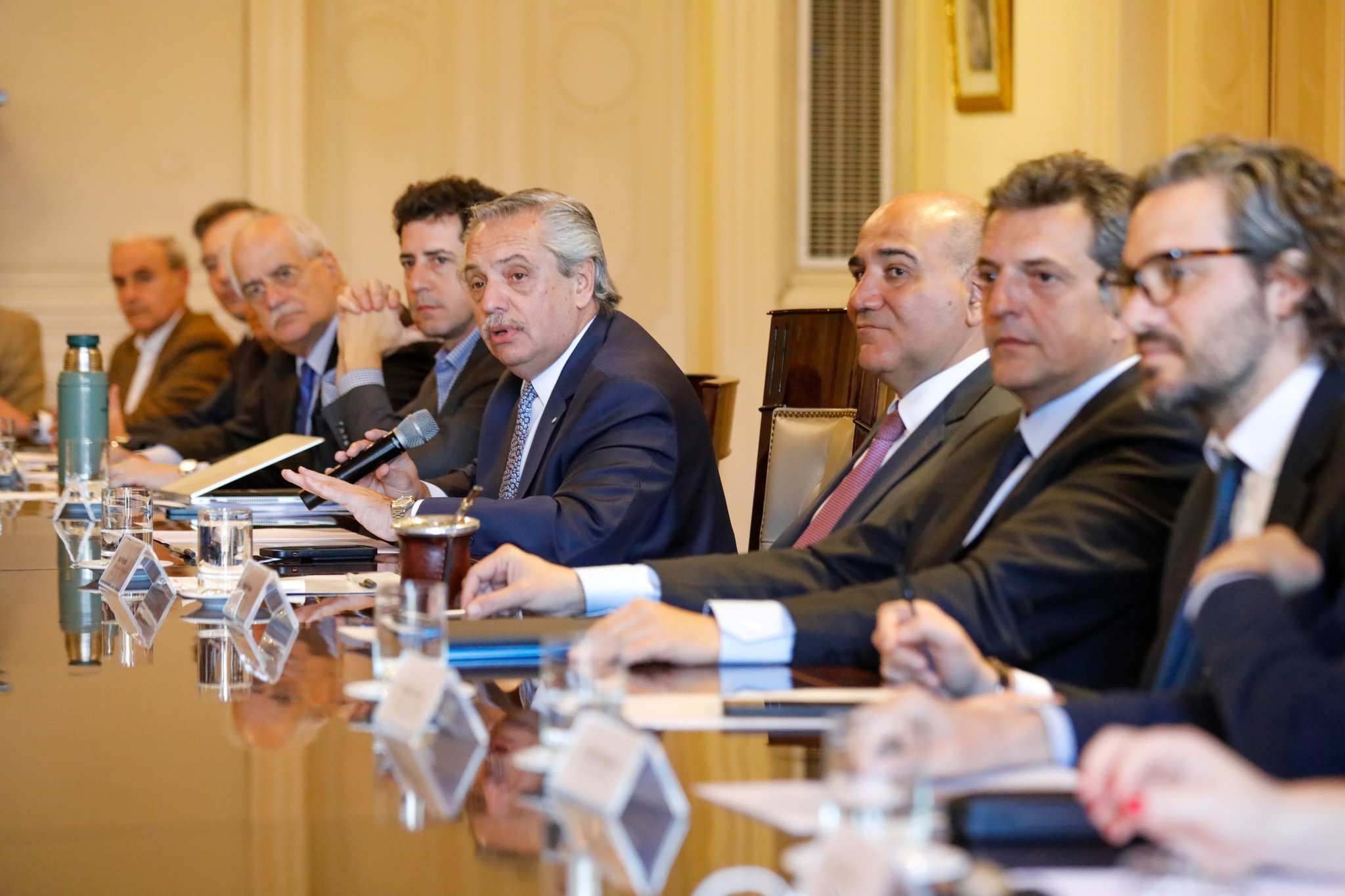 The new Economy Minister, Sergio Massa, participated this Wednesday in his first Cabinet meeting in the presence of Juan Manzur, Chief of Staff, and President Alberto Fernández. The main objective of this meeting was to analyze the progress and design of the Government’s public policies to “boost production and generate more employment.”

“Together with President Alberto Fernández, at the Cabinet meeting we evaluated with the ministers the advances in each area according to the objectives of boosting production, generating more employment and improving the quality of life of Argentine men and women,” he reported. Manzur on his Twitter account after the meeting.

Read more: The Government achieved an adherence to the debt swap for 2 billion pesos

As explained by the Chief of Staff, another of the axes of the meeting was that of salaries and it was agreed to convene the different sectors so that salaries “grow above inflation”. In addition, he ratified the continuity of the Pre-Trip program which “will allow us to continue generating employment and boosting regional economies.” “We support the decision to guarantee the supply of energy to homes and industries that drive growth, together with the care of international reserves,” the statement concluded.

In a subsequent press conference, Manzur stated that at the meeting the President “was clear: investment in public works, housing, science and education is one of the management priorities to stimulate work and generate inclusion.”