Series and movies to watch this weekend • Channel C 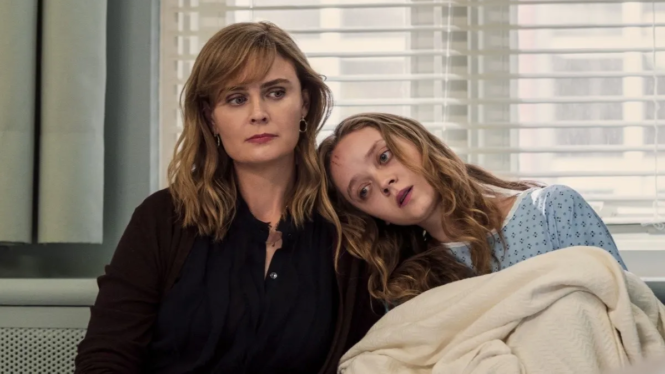 If you like to take advantage of the weekend to binge watch a series or simply sit down to enjoy a good movie, we tell you some options that you cannot miss.

1. AFTER LIFE (series, available on Netflix): Tony’s wife has died of cancer. He, frustrated and broken, decides to say and do whatever comes into his head. Unfiltered. His friends and family will try to recover the person he was. The series has 3 seasons of 18 chapters and each one lasts around 20 minutes.

3. The Devil in Ohio (series, available on Netflix): A psychiatrist welcomes a mysterious cult fugitive into her home, but her world is turned upside down when the girl’s arrival threatens to tear her own family apart. It has a single season of 8 chapters, each with a duration of approximately 42 minutes.

4. THE MITCHELLS AGAINST THE MACHINES (film, available on Netflix): When the Mitchell family takes a road trip to escort their oldest daughter to college, the world is interrupted by a technological revolution that leaves humanity in check . Duration: 1 hour and 54 minutes.

5. The brave (series, available on Netflix): A goddess is reincarnated as a human being to avenge the death of her sister, but she will have to learn to use her superpowers in her new body, while trying to defeat her enemies. It has a single season of six chapters, each one lasts more than 35 minutes.

6. HUSH (movie, available on Netflix): ‘Maddie is a deaf writer who lives isolated in the woods. When one night she begins to be harassed by a masked man who wants to enter her house, she must figure it out on her own in order to survive.’ Duration 1 h and 21 m.