Social organizations march for work and an increase in the minimum, vital and mobile wages • Canal C 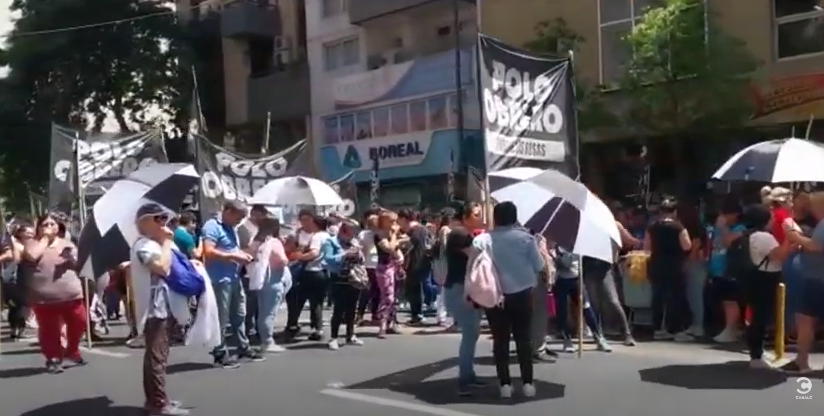 This morning picketers and social organizations gathered in the streets of the city center demanding an increase in the minimum, vital and mobile salary and against the adjustment policies, within the framework of a national day that coincides with the meeting of the Council of the Salary.

Within the framework of this, Emanuel Berardo, leader of the Polo Obrero said: “The government, the employers’ association and the union bureaucracies with the agreement of the social organizations integrated into the Fernández Massa government, convene the Minimum Wage Council on the day of the debut of the National Team in the World Cup, to try to avoid mobilizations and hide a new scam”. Likewise, Berardo called on all workers to mobilize on November 22 to demand a minimum wage above the poverty line.

For her part, Soledad Díaz, leader of the Partido Obrero and the Left Front and workers-Unidad, expressed: “Faced with the growth of unemployment, precariousness and with the failure to create genuine jobs, from the government of the Fernández, Massa and CFK intend to present the unemployed as “takers” of social programs. But it cannot hide the fact that more and more of us are mobilizing to demand genuine work and a minimum wage equal to the basic basket, today above 130,000. It is clear that the unemployed are the victims of the policies of the adjustment governments of the last decades, not those responsible. The fighting measures, with cuts and camps throughout the country, will not stop until there are responses to this situation,” the leader concluded.