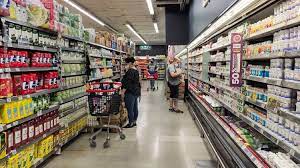 The main supermarkets in the country today detached themselves from the sharp rise in the price of food that has occurred in recent weeks and targeted the producing companies.

“In recent weeks we have received lists with price increases”, was the first point raised by the CEOs of the sector who were received by the Minister of Production, Daniel Scioli.

In this way, the owners of the supermarkets disclaimed responsibility for what happened in the gondolas, suggesting that it was only a transfer of higher costs.

Entrepreneurs also put on the table the problems they face in accessing foreign currency at the official exchange rate to finance imports.

In their logic, they understand that importing certain products from abroad can act as a containment dam in sensitive sectors of mass consumption.