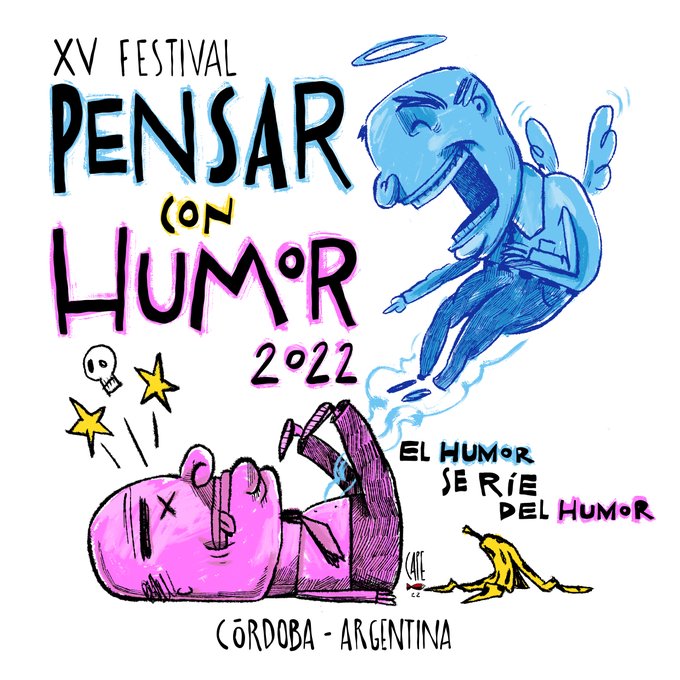 comes the XV Edition of the Thinking with Humor Festival to the Cordoba stages. The festival will have two stages: the first to be held from June 8 to 12, with comedians from the local and national scene and the second, from July 21 to 24, comedians from the province will receive tourists from all over the country.

After two difficult years for the performing arts, different artists meet again with the public to enjoy and laugh. In the first stage will be Flaco Pailos, Camilo Nicolás, Adrián Gómez and Betiana Blum. The artists will be laughing at the humor in the Carlos Giménez room of the Teatro Real, in the Ciudad de las Artes Theater and in the Studio Theater.

Read also: The vaccination campaign arrives at the CPC Garden

On this occasion, the identity of the festival is in charge of the graphic artist Hernán Cappelletti, known as “El Cape”, who is an illustrator for the press areas of Abuelas de Plaza de Mayo (Cordoba subsidiary) and the Human Rights Secretariat of the nation. He also painted a large number of murals on the walls of the province.