The activities of “Santo Abril” begin in Córdoba • Channel C 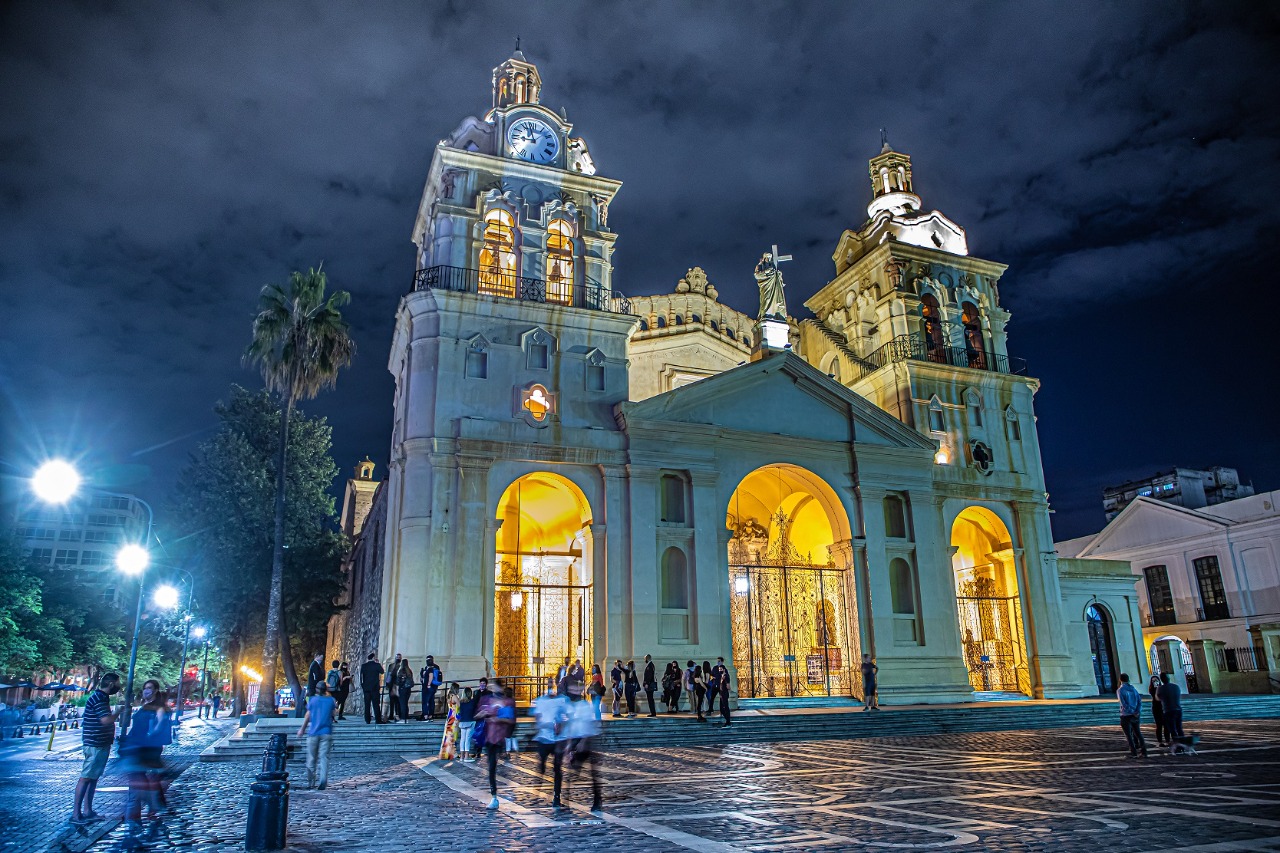 Free guided tours, “Three thousand 3 thousand reasons to visit Córdoba Capital”, live concerts with the performance of the stable cast and an event that celebrates a new anniversary of the North Market, are some of the attractions that the tourist proposal of the city will have. city ​​for Easter and the whole month of April.

The first will be in the Cathedral Church, visiting its interior patios and the ascent to the bell tower, at 10, 11 and 12 noon; and a visit to the Interreligious Circuit at 2:00 p.m., which presents a walk through the temples of the Christian, Muslim and Jewish religion, with the purpose of sharing the wisdom of the believing traditions and promoting respect and union of the towns. Both proposals are free and start at the Cabildo Tourist Information Office (Independencia 148, Centro).

Another of the activities to enjoy during Holy Week will be the live concerts with the performance of the municipal stable cast in the most emblematic churches and temples of the city, such as the Cathedral Church, the María Auxiliadora Church or the Capuchinos Church.

In addition, the program “3 thousand reasons to visit Córdoba Capital” is already underway, an invitation to enjoy different experiences, which includes an attractive battery of free access to guided tours, tickets to shows, fairs and gastronomic drinks, the which will be distributed through hotels and Tourist Information Offices.

Tomorrow, Thursday, the superblock of the North Market will dress up to celebrate the 94th anniversary of this icon of the Cordovan capital. From morning until nightfall, on two stages located on Calle San Martín and Rivadavia, there will be live music and cooking with a special menu of vigil empanadas. In addition, the flower and social economy fairs will be present.

Gastronomy will also be present with the cycle “Córdoba con Sabor”, from Monday 11 to Sunday 17 April, on the social networks of @ciudacba you can see a gastronomic audiovisual production by “Córdoba con flavor”, which will bring together recipes typical of Holy Week, by the hand of leading chefs in our city and iconic restaurants of Cordovan haute cuisine.

The “Santo Abril” proposal may be combined with various walks in the recently intervened areas, such as the Sarmiento Park, the Suquía River waterfront, the Botanical Garden or the city cemeteries. In addition, the museums will remain open with their different programs and proposals.

For lovers of handicrafts, from April 9 to 17 at the Córdoba Fair Complex, the International Handicrafts Fair will take place, which will be attended by more than 650 exhibitors from the country and the region. Also, on April 30 at the Hippodrome of Córdoba, it will be the second edition of the Bum Bum Festival that will have food trucks, a playground for children, the Itinerant Museum of La Mona, among other activities. The confirmed artists so far are La Mona Jiménez, Ulises Bueno and Kapanga.

Within the framework of the diverse program organized by the Municipality of Córdoba, on the occasion of Holy Week, the City will also be the scene of the traditional Via Crucis and the exhibition of the Popemobile in the Paseo del Fundador, which can be visited from this Thursday Santo (April 14) from 10 a.m. and until Sunday 17 at 8 p.m. The Via Crucis will take place this Friday, April 15, from 8:30 p.m., starting at the Cathedral of Córdoba and free admission and free. The tour will depart from the traditional corner of San Jerónimo and Independencia, through San Jerónimo, covering the perimeter of Plaza San Martín to return again to the esplanade of the Cathedral Church.

The pedestrian circuit will travel through the streets 27 de Abril, Buenos Aires and Rosario de Santa Fe. The activities are organized by the municipal Ministry of Culture.

The museums will be meeting places during Holy Week, taking advantage of the occasion to discover or revisit their permanent and temporary exhibitions, with special opening hours, concerts and other proposals for all audiences.

The complete program of “Santo Abril” together with the list of available gifts can be consulted on the official tourism page: https://turismo.cordoba.gob.ar/disfruta-semana-santa-2022-y-la-programacion- holy-april/