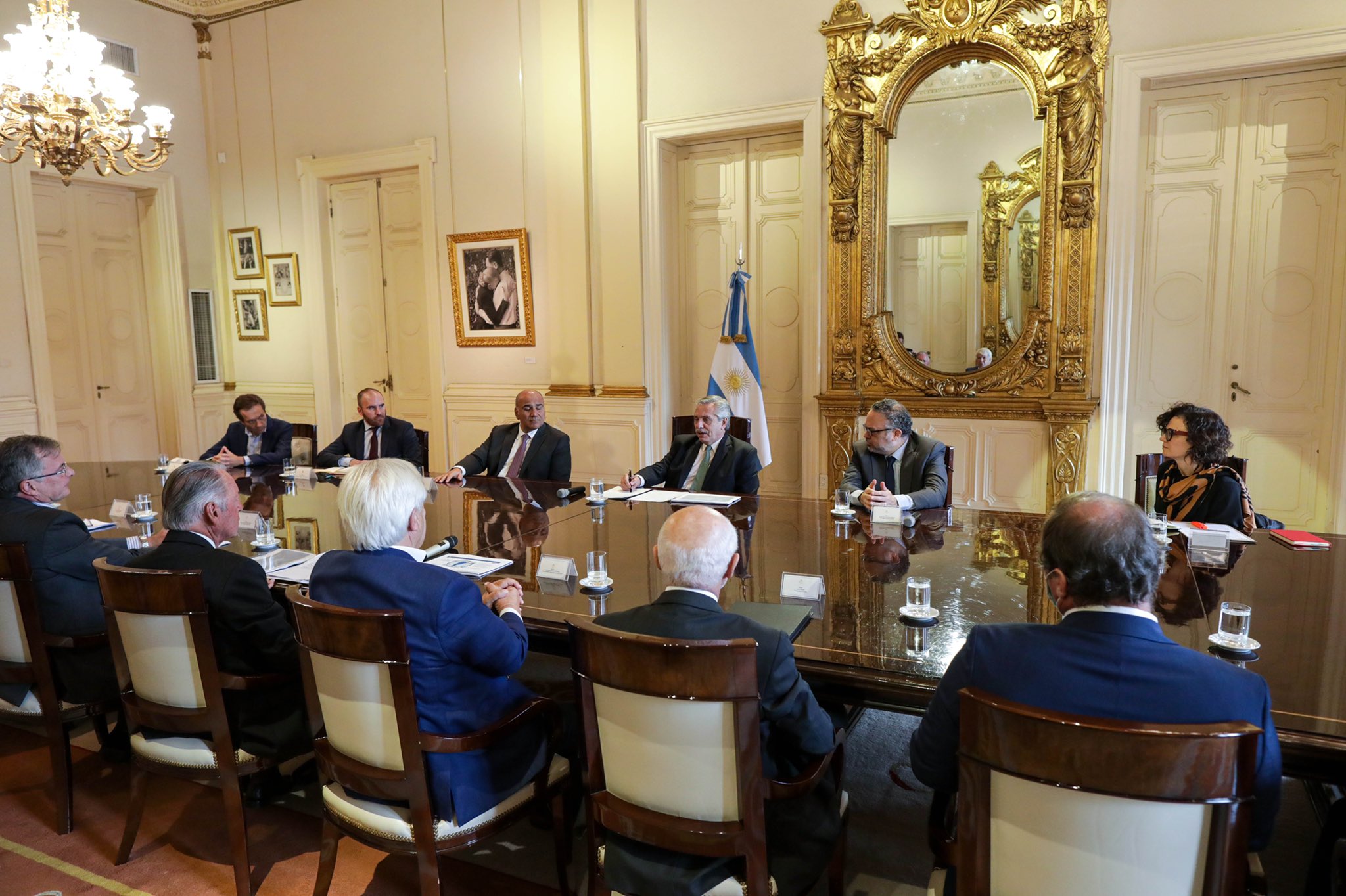 President Alberto Fernández received this Monday afternoon at Government House members of the leadership of the Industrial Union (UIA), with whom he discussed the proposals of the manufacturing entity to transform economic recovery into “sustained growth.”

The industrialists presented the President with the White Paper, which contains more than 100 proposals for measures prepared by the UIA together with the associated chambers from all over the country, with axes on increasing exports, immediate incentives for production, emphasis on training and simplification of life for SMEs, said the head of the entity, Daniel Funes de Rioja.

From the UIA we present to @alferdez our proposals for turning recovery into growth. pic.twitter.com/gNN5W06Tv3

“Among other issues, we talked about the mining issue, state purchases, transportation and energy, especially gas for industry, because there are continuous process companies that cannot stop,” said the head of the UIA during a contact maintained with the press after the meeting. “The industry will try to self-manage if there are any kind of problems, although we are not saying that there will be any,” added Funes de Rioja.

In response to a query from the press, Funes de Rioja said that “the issue of the project on unexpected income promoted by the Government” was not discussed at the meeting.

with authorities of the #UIA (@UIAcommunication) agree to continue advancing on the current model of industrial and productivist development.

The industry grew by 1.8% year-on-year in March. I am pleased that we are working on the points of agreement that promote this virtuous path. pic.twitter.com/tv123MB7pL