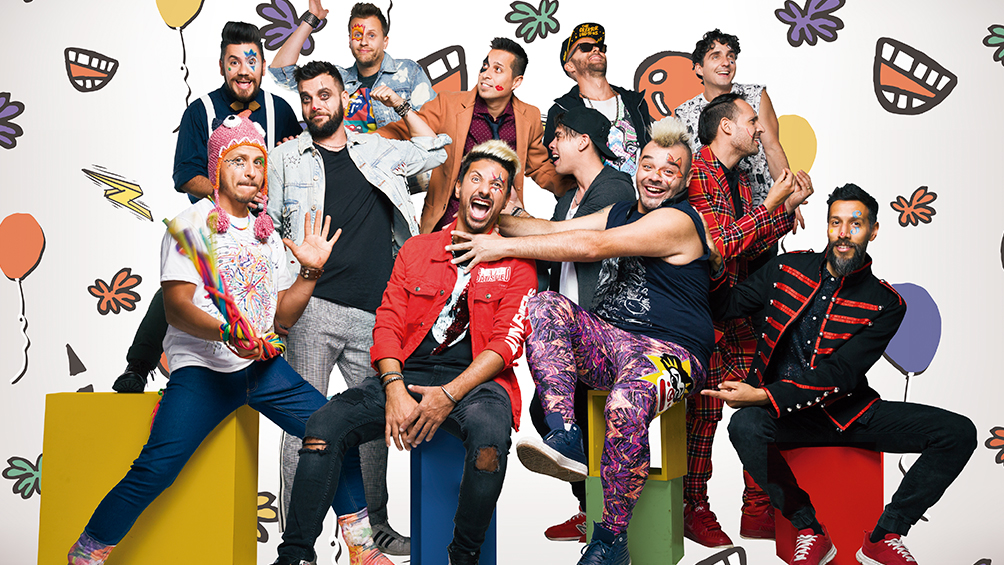 The Cordovan group Los Caligaris presents its new song and video clip “A boy in the body of a major”, produced by Mosca Lorenzo and Mariano Franceschelli of Los Auténticos Decadentes, while facing the celebrations for its 25-year tour with a world tour that will lead to play in Mexico, the United States, Spain, Venezuela, Colombia and Costa Rica, among other countries.

After releasing “Quiero Cumbia” (produced by Camilo Lara) and “Con Vos” (produced by Eduardo Cabra) the group now presents “Un chico en el cuerpo de un mayor”, the last song before releasing the complete album, which, as its name indicates, hints at the spirit of the new show they are preparing where the premise is to “revive the child we all carry inside”.

We celebrate in our house 🥳 #TWENTY FIRST in Cordoba 🇦🇷🔥

As part of the celebration for their 25-year career, Los Caligaris announced the “Veinticirco” world tour, a concert that promises to be the most epic of their career, with which they will tour Mexico, the United States, Spain, Venezuela, Colombia, Costa Rica and more countries that will be informed in the official networks of the band.

With recitals already confirmed and sold out at the National Auditorium of Mexico for August 11, 12, 18 and 19, the dates of September 17 at Tecnópolis in Buenos Aires, November 19 at the Arena Maipú stadium in Mendoza, and on Saturday October 1 in his city, Córdoba, in the Monumental Stadium of Alta Córdoba.