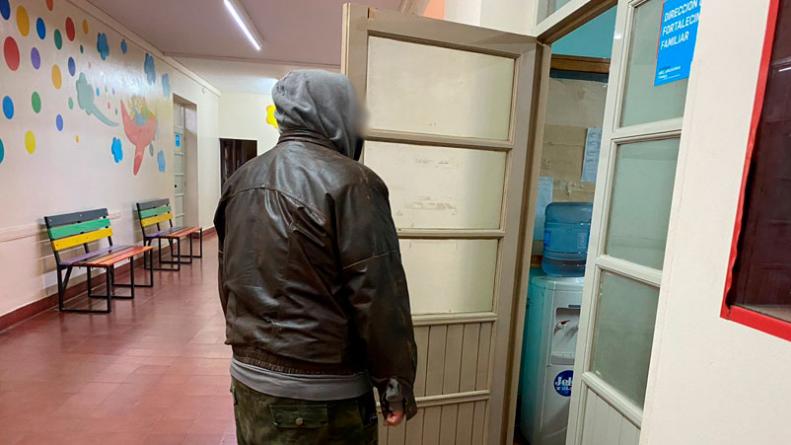 Three little brothers aged 9, 4 and 1 and a half years were found wandering in the icy early morning of Thursday in a rural area of ​​the Villa Esquiú neighborhood. They were barefoot, scantily clad, cold and hungry. Córdoba police assisted them and sheltered them at police station 36.

The mother of the minors appeared in the morning hours and described the difficult context in which she lives. She assured that she never left them alone like that night, in which she left them a letter telling them that she “was coming back”. In a dialogue with Telenoche, she desperately asked to “get out” of that house and to be tired of not receiving help. She acknowledged that “it was negligence” and “I take responsibility” for her actions.

A day later, the father of two of the rescued children spoke exclusively with Arriba Córdoba. He appeared at the Secretariat for Children, Adolescents and Family (Senaf), the body that intervenes in the case and ordered that the minors be housed in a residence until they investigate what happened and if there are alternatives for them to be returned to a relative.

The man said that since Thursday “he is trying to find someone to talk to him about Senaf so they can tell him what happened to his children.” “I need to see them and know how they are and if they are contained.” In addition, he explained that he “always took care of the creatures”, despite the fact that he does not have a stable job either.

On his finances and responsibility as a father, he said: “I’m out of work. I do bike riding and sometimes other piecework. I have tried to help him as much as I can, the creatures have never lacked anything. What is not there, is sought and tries to get what is possible”.

In that sense, he indicated that “he is looking for a way for the creatures to leave that place (Senaf’s residence) and return to their home.”

“I did not know in the situation in which the children lived. I know that he has had problems with the owner of the house, ”revealed the father of the older children and said he knew that they were without electricity and water. And he confessed: “I did not know how they lived, the conditions because I have no relationship with my ex-wife unfortunately. I fully trust because she is the mother and she is going to protect and care for them”.

As he explained, he found out what happened from a brother who saw the news on television: “It was a bomb for me that detonated my head.” “I want to know what happened. Someone get in touch, tell me something,” she insisted.