The controversial wedding of Daniel Osvaldo, they assure that he did not invite his children to the wedding • Channel C 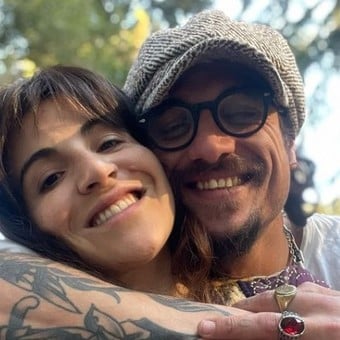 This Tuesday, Gianinna Maradona and Daniel Osvaldo would have married in a private neighborhood of Tigre, however hours before the ceremony the journalist Guido Zaffora told about the controversial decision that the former soccer player made about not inviting his children to the wedding.

“All the ex-wives speak ill of him as a man, as a partner and as a father. A guy who does not take care of his children and who, in addition, did not invite his children to tomorrow’s wedding, ”the journalist launched in A la afternoon. But it is not the only controversy that broke out before the wedding, the way in which the romance between the “newlyweds” began was not well seen by some who called Gianinna a bad friend for dating her friend Jimena’s ex-partner Baron.

Regarding the latest details that emerged about those who attended the ceremony, Zaffora stated: “You tell the guests with the fingers of your hands. Daniel’s witness would be Valeria Osvaldo, his sister.”