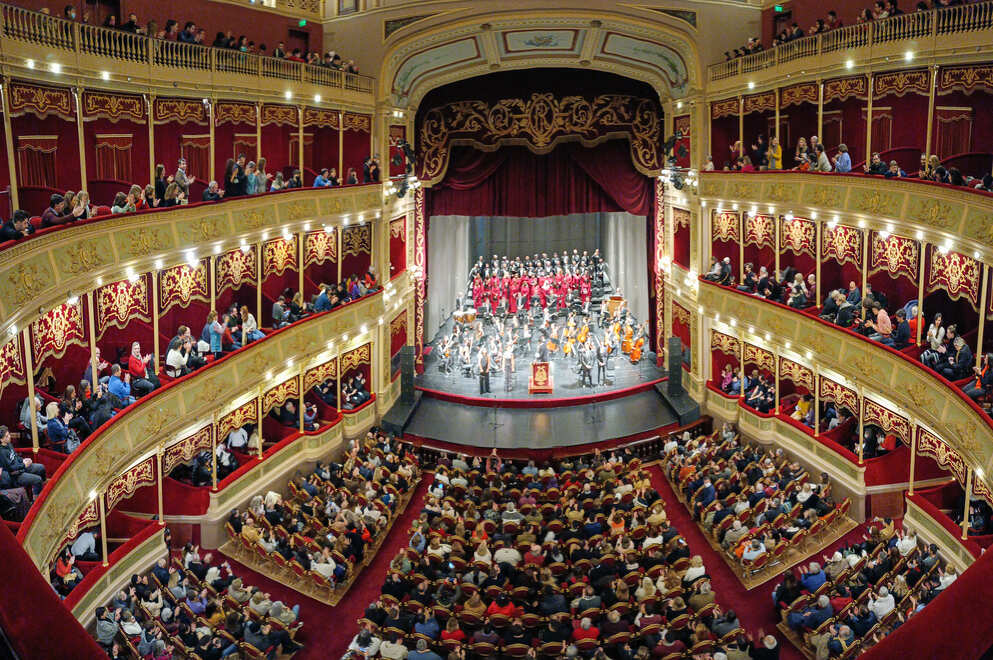 The inaugural function was given under the direction of maestro Eduardo Gasparrini, an eminent organist and composer. He was governor of the Pedro José Frías province, when on June 21, 1932 he signed the decree creating the organization.

Over the years, the search for excellence has become a tradition in the artistic body, added to the work of masters of solvency and hierarchy that enhance the prestige of the Cordoba Symphony Orchestra.

To celebrate the 90th Anniversary of its debut, on Saturday the 13th and Sunday the 14th, at 8:00 p.m., the orchestra performs Gustav Mahler’s Symphony No. 1 “Titan”. The concert is at Liberator San Martin Theater, Av. Vélez Sarsfield 365. The piece is a masterpiece that aroused contrary opinions, the symphony is structured in five movements and two sections: First part: From the days of youth / 1) Spring without end / 2) Blumine / 3) At full sail. Second part: Human Commedia / 4) Funeral march in the manner of Callot / 5) Dall’ Inferno al Paradiso.

A colossus of the symphony

Symphony No. 1 «Titan», by Gustav Mahler was born as a symphonic poem -a musical work based on a literary source-, and was revised by the composer twice until it reached the level of a masterpiece.

“What constitutes the supreme value of Mahler’s work is not the novelty of its often surprising, daring and even eccentric character, but rather that this novelty is expressed in beautiful and inspired music that has, at the same time, the qualities imperishable Art and a profound humanity. This keeps her alive and guarantees her survival,” said conductor Bruno Walter, Gustav Mahler’s assistant at the Vienna State Opera.

The Cordoba Symphony Orchestra performs Mahler’s symphony, this Saturday the 13th and Sunday the 14th, at 8 pm. As a complement, the program includes “Don Juan”, a symphonic poem by Richard Strauss. The musical direction is in charge of the master Jongwhi Vakh.

The hands of the baton

Master Jongwhi Vakh is in charge of the stable cast. Born in Korea, he is a graduate of the Korea National University of Arts with the title of Professional Artistic Director. He later perfected himself at the Moscow Tchaikovsky Conservatory as well as at the Mission University (USA). The teacher has an outstanding work in numerous countries.

Jongwhi Vakh assumes the artistic direction of the stable body in the transition from the time of preventive isolation to the present, in which the concerts are resuming their regularity. Vakh conducts for the first time on November 5, 2021, when the orchestra accompanies pianist Bruno Gelber in two concerts -so far this season, he conducts five programs-.

“The orchestra is made up of highly trained members, and that makes my job easier,” he says. “We have a lot of energy to transmit and my obligation is to drive that talent,” he adds.