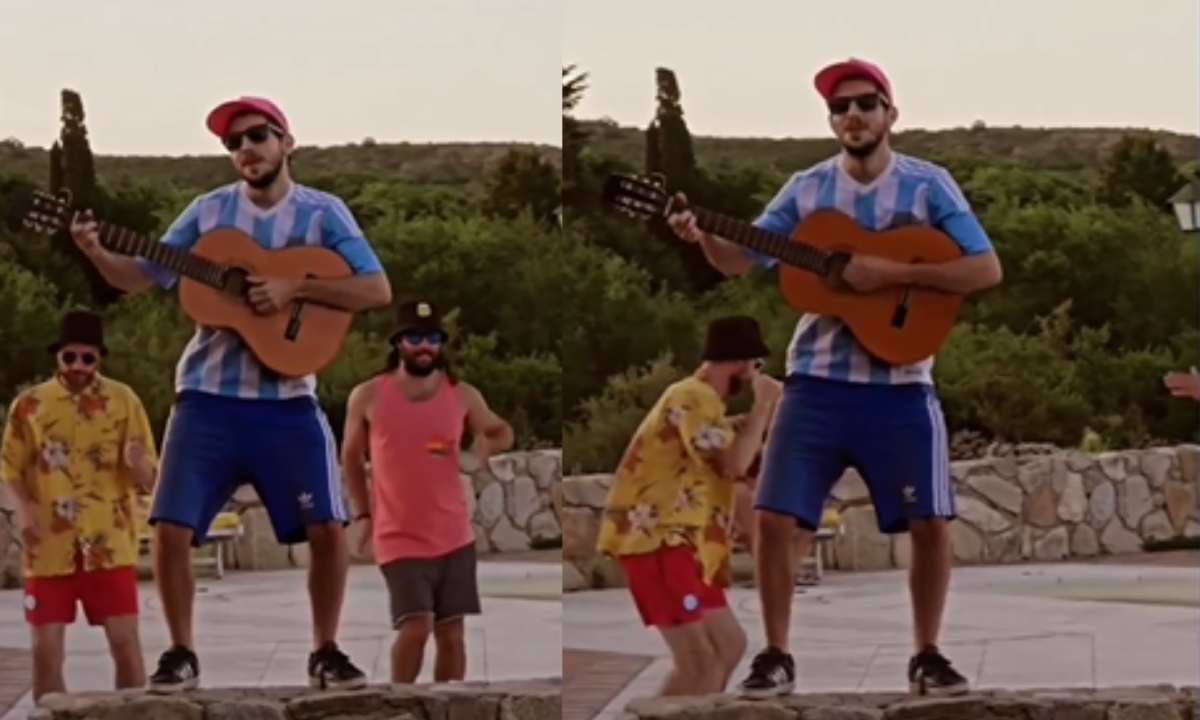 The passion for the World Cup arouses many feelings, especially for Argentine fans who know that this World Cup may be the last that Leo Messi plays. That is why, despite the defeat in the debut of the team, the fans of the light blue and white want to send all their love to the team led by Lionel Scaloni.

In this context, a group of young people decided to create a song to encourage the soccer players who are playing the World Cup in Qatar. To the rhythm of Rosalía and with a unique choreography they dedicated a song to La Scaloneta that became a true hit. They even dared to take the classic Mona Jiménez little step.

Read also: De Paul’s message in the preview of the match against Mexico

Mariano, Florencia, Sofia, Francisco, Diego and Agustín are the creators of this new song that we will surely be hearing playing in the stadiums of Qatar. A fact of color, the people of Cordoba are filming a documentary about the World Cup and the fanaticism of the fans in Capilla del Monte that is entitled “Our last cup”.