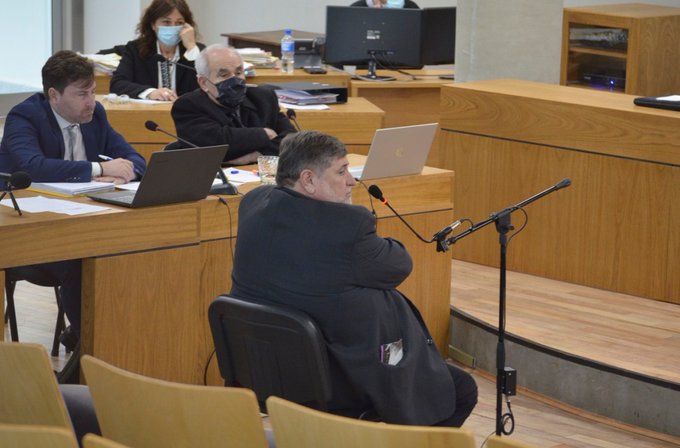 The forensic doctor testified yesterday for the second time in the trial for the crime of Nora Dalmasso and said that the victim had “consensual sex, probably with a known person” before dying. In this way, the expert again ruled out the hypothesis of a murder committed by a hitman.

The professional is Mario Vignolo, who had already testified as a witness on May 10, and who was summoned again before the popular jury and the technical court at the request of prosecutor Julio Rivero in order to elaborate on some details that he had already stated in his presentation. previous.

After the brief testimony in the trial, Vignolo spoke with the local press and said that he was summoned to expand on the scientific results that he had obtained during the forensic studies. When asked about the profile of the alleged murderer, Vignolo said that “it is likely that he was an acquaintance” of the victim because “to have a consensual relationship he has to be an acquaintance.”

Likewise, the witness ruled out that it was a contracted crime committed by a hired assassin by stating that “there were no paragenital or extragenital injuries that usually occur with rape, with violent sex”; and that Nora’s injuries were typical of a “rough” sexual act.

The person who committed the crime was “temperamental, physically strong, aggressive, with a strong and possessive personality,” he specified, adding that a hitman does not use a robe to kill, much less leave it at the scene of the crime.

“In that case it was improvised,” therefore “not premeditated,” said Vignolo, who worked on the analysis of the autopsy protocol performed on the victim’s body. The hearing went to intermediate room until next Tuesday at 9, when the testimonials and the incorporation of documentary evidence will continue.

“Liberalism has nothing to do with what Milei states” • Canal C

“Liberalism has nothing to do with what Milei states” • Canal C

What do we know about them? • Channel C

The Nahir Galarza case will be a documentary series • Canal C