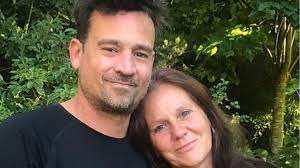 After a video of the artist began to circulate this weekend during a show he gave in Ituzaingó where he is seen with a lack of stability and lucidity on stage, and without being able to sing repeatedly, his mother published an emotional post .

Marina Charpentier published a photo of the Virgin of Luján along with a stanza of The Salad, one of the songs that Chano composed when he was part of Tan Bionica.

“We went to buy death, to live more absent, we did not learn to breathe, but one day you learned and you just said goodbye, now just to deal with this sadness …”, was the stanza that the singer’s mother chose to express the difficult moment that your son is going through.