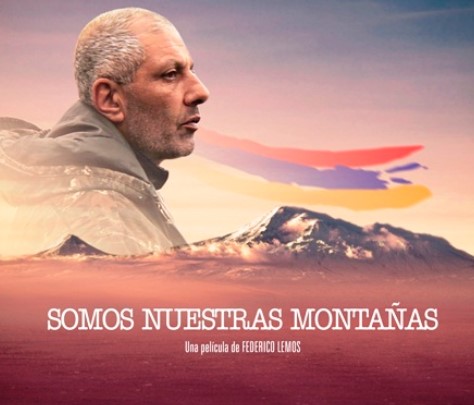 “We are our mountains”, arrives in Córdoba. The super production by Uruguayan filmmaker Federico Lemos can be seen on August 22 at 7:30 p.m. at the Ciudad de las Artes Theater. The feature film focuses on the life of the Armenian people today.

To carry out this work, the director traveled five times with his team -made up of nine people- to learn what life is like for the Armenian people located at the foot of Mount Ararat, as well as their ties to the members of the communities of Uruguay, Argentina, Brazil and the United States.

In this way, Lemos immersed himself in the Armenian culture, seeking to relate the claim for the Turkish Genocide and the difficult path of Armenia and the Armenian Republic of Artsakh to offer a better future to their community.

“We are our Mountains” is a film about Armenia, the genocide and the armed conflict in the Alto-Karabakh region with Azerbaijan. It recounts the contributions of the Armenian community, tells how it nurtures and contributes to multiculturalism in places where Armenians have settled. Through testimonies, it will tell everything about their expansion and peaceful integration since they were dispersed throughout the world, until they settled in each of the places.

The production premiered in Montevideo on May 31 and is now arriving in Córdoba, Rosario and Buenos Aires. The presentation takes place within the framework of an international tour that the producer has been carrying out together with the director.