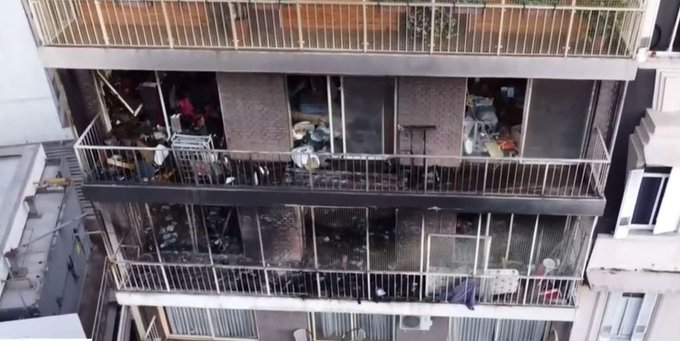 A mother and her four children died and another 31 people were assisted as a result of a fire that started on the seventh floor of a building in the Buenos Aires neighborhood of Recoleta. The episode forced the deployment of a major operation with eight fire departments and 22 SAME ambulances to control the flames and rescue the affected residents.

According to the preliminary results of the skills of the Fire and Explosions Office of the Fire Department of the City, the fire would have originated in “the sudden thermal reaction of lithium batteries belonging to an electric skateboard scooter.”

This reaction would have been induced “by overload or excessive discharges, hits in cells or exposure to heat sources.” And that thermal potential “was transmitted to the elements with the capacity to burn, which gave rise to the fire”

According to the prosecutor Sebastián Fedullo, in charge of the case, as far as fire personnel are concerned, “it would have been something accidental, there is no sign of violence on the property. There is nothing electrical or gas that has exploded.”

The victims are Sofia Kabudi and her children Rafi Jabbaz, 3 years old; Orly Jabbaz, 7; Esther Jabbaz, 9, and Camila Jabbaz, 19, while the father of the family, Isaac Jabbaz (55), had to be admitted to the Anchorena Sanatorium in San Martín.