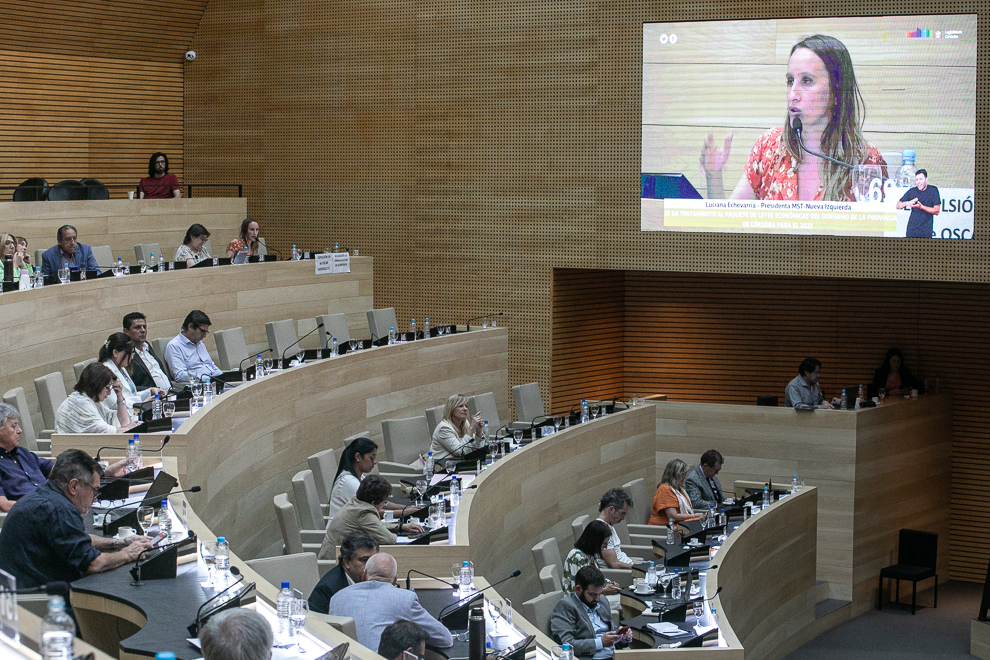 On the day of last Wednesday, November 23, the thirty-fifth ordinary session of the Legislature of Córdoba was held, in which the package of economic laws for the year 2023 was approved in first reading. The same had been presented weeks ago by the Minister of Finance Osvaldo Giordanoand he received criticism from different sectors of the opposition.

As indicated by the Unicameral, it is expected that the second reading will be discussed on December 7, “after a public hearing scheduled for December 1 and committee meetings already scheduled for the next few days.”

The Chamber treated the opinions issued for the three projects raised by the Executive power. They are referred to General Budget of the Provincial Public Administration by the year 2023, the establishment of the Tax Law next year, and the modifications provided for in the Tax Code, as well as various articles and their amendments to Laws 9024, 9087, 9187, 9431, 10679 and 10724, and repealing Law No. 4422.

Legislator Leonardo Limia was the informant member in charge of presenting and breaking down the particularities of the projects, which were presented by provincial officials at different meetings of the Economic, Constitutional Affairs and General Legislation commissions.

“Taking these numbers to the savings, investment, financing scheme, we have that in the year 2023 a current saving of 371,000 million pesos is expected“, indicated Limia. When pointing out the guidelines that the Provincial Government will draw up for the budgetary execution in the next period, the legislator explained that it will have as “strategic axes social justice, sustainable economic growth and the strengthening of institutions.“

It may interest you: Two legislators from Córdoba were denounced for embezzlement of public funds

The budget items and the level of provincial indebtedness were rejected by the benches of the left, radicalism, Neighborhood Meeting and Civic Coalition; while Together for Change abstained from casting a vote despite questioning the allocations.