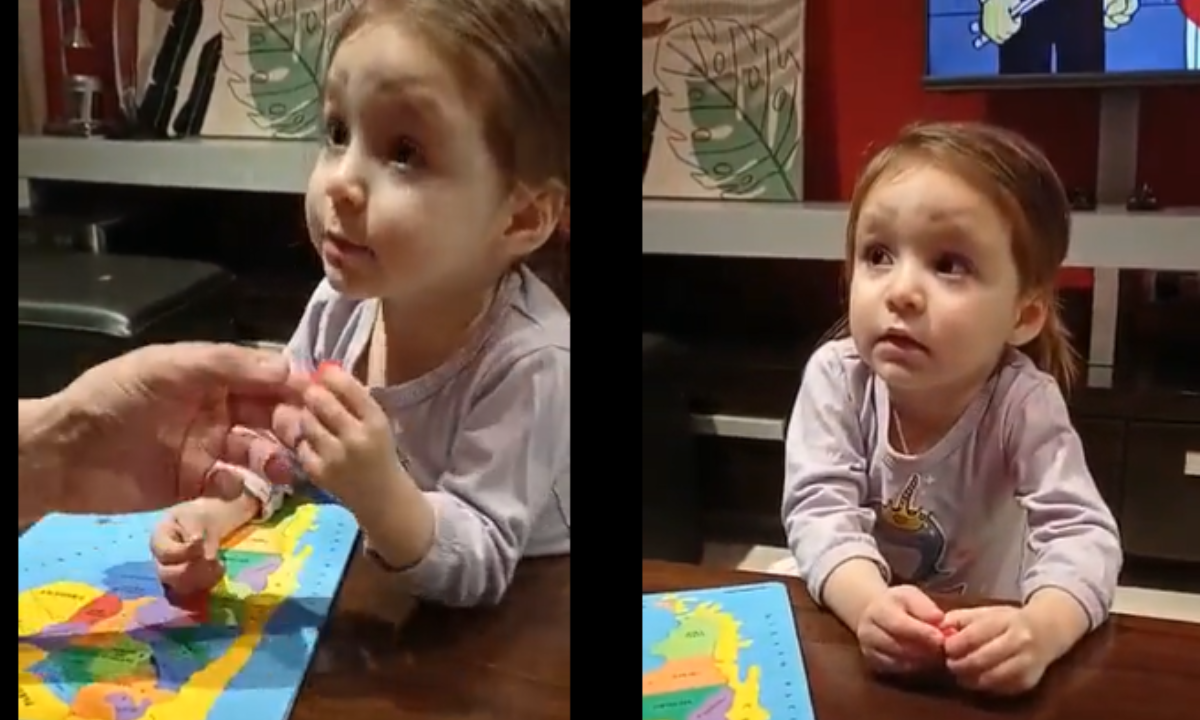 A girl starred in a tender and fun moment when she was learning the names of the provinces with her father and mother. While her mother took the opportunity to record how her daughter began to memorize the name of each of them, a funny blooper was recorded when they mentioned Tucumán. The little girl did not understand why the province was called that way, and she believed that the beginning of the word “Tu” referred to her.

The family was completing a puzzle that contained the political division of Argentina, when they gave her the card of the province of Tucumán so that she could place it on the board, the girl had a doubt about the pronoun “you”.

“This province is called Tucumán,” his father explained. She replied: “No, it’s Micumán.” “No, it’s not yours, it’s part of the name,” the father reiterated while he held back his laughter at the funny moment the little girl had generated. Faced with her confusion, she asked her mother.

The woman tried to explain in a more didactic way. “It’s Tucumán like nougat,” she told him. However, that generated more confusion in the little girl, who replied to her: “Why is it a nougat.”