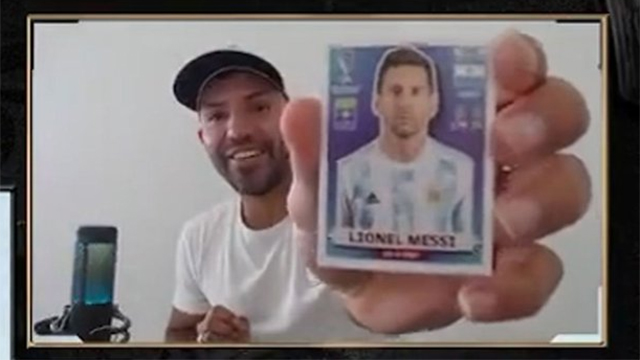 The “Kun” Agüero was also the protagonist of a funny reaction to having touched the Messi figurine to complete the World Cup album. In his streaming, the former player showed the characters that had touched him and at one point he realized that his friend was in one of the packages.

After showing it to the camera, he looked at her and immediately kissed her as a sign of affection, but also of joy since it is one of the many figurines that are difficult to obtain and for which many took advantage of having obtained it a second time to resell it. at unexplained prices.

“Now yes, now yes… are we done? That’s it, eh, it was what I wanted,” continued the former player, while various comments from viewers were shown on the streaming screen about it.

Like a boy, the “Kun” did not stop talking and showing the figure of his friend and before putting it next to the others he said: “Be careful, he can touch me repeatedly, eh… Lionel Messi touched me! Na, Messi he goes here alone.”