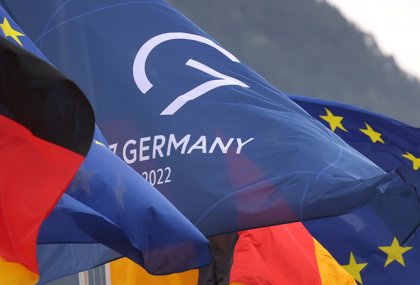 The leaders of the Group of Seven (G7) most industrialized countries today begin a summit in Germany to strengthen support for Ukraine against Russia.

US President Joe Biden said his country and others in the G7 will ban gold imports from Russia as part of their grand
sanctions campaign to try to economically isolate Russia for having invaded Ukraine.

A formal announcement of the measure is expected on Tuesday, the last day of the three that will last the meeting of the leaders of the United States,
Germany, Japan, France, the United Kingdom, Italy and Canada in a castle in Elmau, in the southern region of Bavaria.

Hours before the meeting, Russia launched missiles against the Ukrainian capital that hit two residential buildings and left at least two injured.
said the mayor of kyiv, Vitali Klitschko. They were the first bombardments of the city in three weeks.