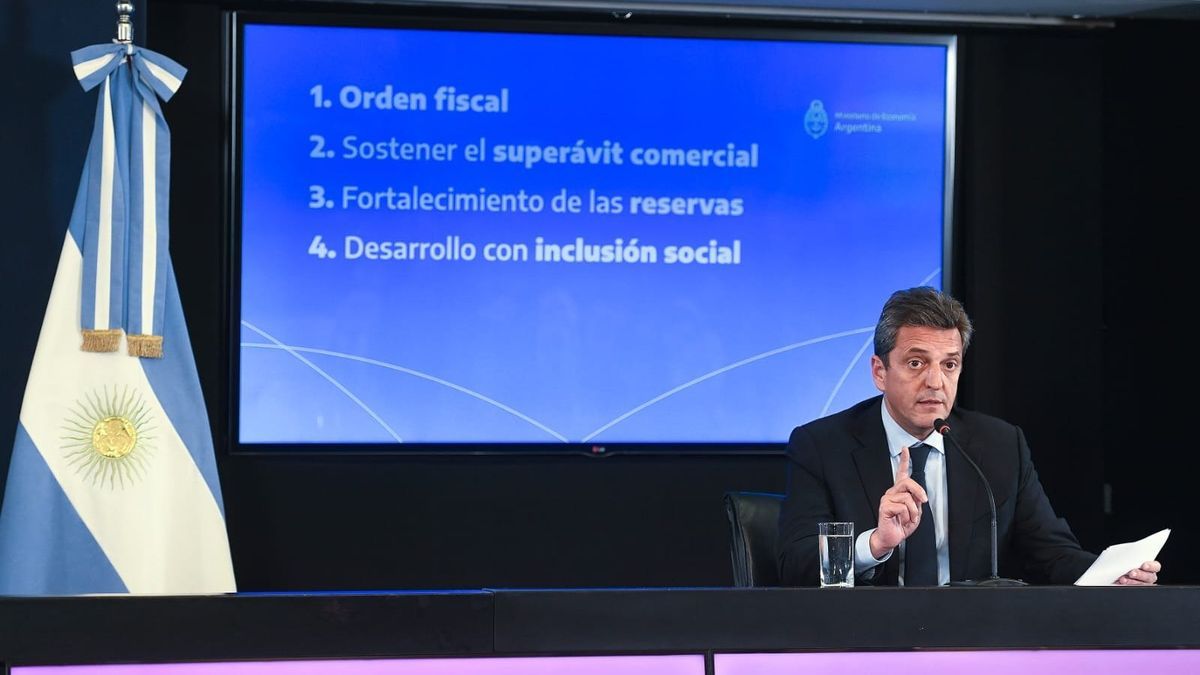 The Ministry of Economy managed to exchange debt securities for two billion pesos that were due in August, September and October, with a participation of 85%, through the placement of “dual bonds” with which it postponed those payments until 2023. This It will allow to face commitments for 479,991 million pesos in the next three months.

This was reported by the portfolio led by Sergio Massa through a statement. The Treasury had to face maturities for 615,862 million pesos this month, another two billion 123,801 million in August, and 807,068 million in October.

“After this conversion operation, it managed to reduce projected maturities to 115,318 million this month, to 209,337 million for the next, and 155,336 million in October,” the official information added.

The economic portfolio note highlighted that “83% of the maturities projected for October were placed in the dual instrument maturing in September 2023. That is, 651,862 million were awarded post PASO (elections).”

The day I took over as Minister of @Economia_Ar I announced the voluntary exchange of debt maturities in pesos for the next 90 days, which ended today. pic.twitter.com/IyJ29t0xrK

Last week, the Minister of the Economy, Sergio Massa, had announced that this exchange already had “an adherence level of 60%”, presumably, of titles that were in the hands of official entities and banks.

This exchange operation is added to the payment of 10,000 million pesos that the Ministry of Economy made yesterday as Temporary Advances to the Central Bank (BCRA), to gradually reduce the debt it maintains with the monetary authority.