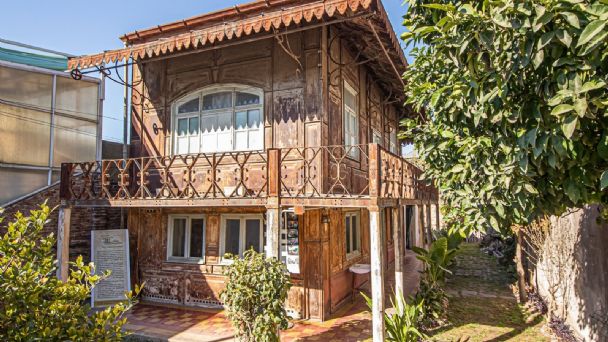 For each weekend three special visits have been planned, which will take place at 5, 6 and 7 pm, with a professional guide who will reveal, among other curiosities, its history, that of its builder, myths, and why the house is located in San Vicente. In the remaining times, each visitor will be able to tour the house in a private way and talk with the Friends of the Eiffel House.

🙌 Neighbors and tourists will be able to enter and get to know this icon up close, every Saturday from 4:00 p.m. to 8:00 p.m. on Calle San Jerónimo 3346 (📍 https://t.co/QoGhKhOeeq).#Cordoba capital pic.twitter.com/uEOItLAzSv

The Eiffel House was built in 1917 by Gustave Eiffel, the creator of the Tower of Paris, and is located in Saint Vincent. Before, the house was defended from deterioration by neighbors and the “Friends of the Eiffel House Association”, who now work with the municipality to take care of it.

Visits and tours with or without guides are with free admission, in order of arrival according to the capacity of the place. In each guided tour you will be able to appreciate the architectural value and its interior where you can find objects of high historical content such as sewing machines, record players, crockery and clothing that belonged to its last occupant, Emma Pérez.

History of the Eiffel House

In 1917, three prefabricated houses entered Argentina, sent by the company of the engineer Eiffel. Two of these chalets built with steel plates and iron beams were destined for our province, one in the city of Villa María and the other in the San Vicente neighborhood. The third house was sent to the province of Mendoza, then it was sold and transferred to Chile.

The “Eiffel House” of San Vicente, like the other houses that arrived, was designed with the possibility of being disassembled and reassembled in another place. All the chalets were built on iron stilts, with double sheet steel walls, joined by 10,000 bolts, forming two floors and a gallery. In addition, they have a particular aeration and natural ventilation system through slots in the ceilings.